The first pop vinyl figurines came out in the US about a decade ago. They were in the likeness of General Mills cereal characters but inspired by popular burger mascot Big Boy. Over eight thousand unique characters later, it has become a global phenomenon. And with the steadily increasing international popularity of pop vinyl figures in Australia, hobbyists was eventually bitten by the collector’s bug.

What made these inconspicuous, juvenile-looking figurines so popular to Australian collectors and the whole world? Before we get to this, let us first get acquainted with these creepy but cute collectibles.

When Was Pop Vinyl First Made?

The pop vinyl figurines popular to many collectors today are made by a company called Funko. It was founded by a toy collector in Washington in 1998. The company initially made bobblehead toys and struggled at the onset, until it was eventually sold in 2005. It was not until 2010, and under new ownership, that they made their first pop vinyl figurines.

Why Are They Collectible To Australians?

Pop vinyl figurines are around four inches tall, with a square head disproportionately larger than its body, on which are two huge, black eyes staring blankly into space. Somehow, amid all these unnerving imageries, the manufacturers managed to make them look cute. More importantly, they are in the eerie likeness of popular characters from movies, TV, comics, and other popular genres.

The makers of these vinyl figurines successfully tapped into a cross-cultural market that knows no geographical boundaries. Where there is pop culture, Funko can find a way in. Case in point, Funko is collaborating this year with an Australian company to immortalise the brave Australian Firefighters risking their lives to put out fires in the Southeast part of the country. With this limited edition of pop vinyl figures in Australia, collectors will not only get their hands on a rare design but help animals displaced or injured by the fires as well.

Aside from being able to stoke the more sentimental and humanitarian sides of Australians, pop vinyl figurines by themselves are collectible because there is a market for them, and their value could increase over time. If properly maintained, something you buy today could cost several times more after a few years. Hardcore collectors are usually not motivated by the potential resale value of their collection, but it is a fortunate coincidence nonetheless.

What Are The Most Collectible Figurines In Australia?

Each genre has its own extremely collectible pop vinyl figurines. In the movies, Marvel and DC characters are all the rage. These big-headed superheroes jostle for position against their Harry Potter counterparts on the shelves of many toy stores. For television, the characters from Game of Thrones are kings. In any case, it is a good idea to collect the entire series of characters for a genre. A complete collection is generally valued higher than the sum of its individual pieces.

When it comes to value, the rarer the figurine, the higher its cost. For instance, a gold version of Dumbo with a clown face could easily fetch $2500. While it looks unremarkable, there were only a total of 48 pieces made, which makes it very hard to find. But this is not even in the upper echelons of rare pop vinyl figurines. Clockwork Orange’s Alex DeLarge glow-in-the-dark pop vinyl is valued at a whopping $13300.

When it comes to pop vinyl figures in Australia, collectors should not consider it as an investment. Some rare figurines can fetch a high resale price, but getting one is by no means guaranteed. Enjoy your figurines for what they are, a bunch of cool collectibles. At least until you have mastered the ins and outs.

Mark Henry is a freelance writer and a GOT fan. Apart from writing Technologies, he likes to read & write fiction. More than anything, he loves to spend his time with his family, explaining technologies to the elders. 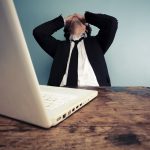 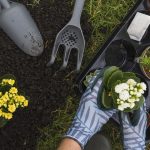 Brilliant Ways To Keep Your Garden Healthy All The Time

Your Checklist For Getting Ready For College Move-In Day

Is It Possible To Study Your Doctorate Online? Here’s What You Need To Know

Things To Know About Photography Contracts