If you were born in the 90s and 80s, you probably know a thing or two about arcade games. Although they popped up in the 1930s, they started getting recognition in the 1970s when developers included controls for driving cars and controlling airplanes.

This big invention made arcade games so popular that many places started operating arcade machines. Even today, these games are still popular for both adults and kids.

So if you want to bring back the happy memories, stop at an arcade in your local area to enjoy these nostalgic games. If you’re in Singapore, there’s no better place than Marina Square Arcade.

Here’s why many players still find these games fascinating.

Allow You To Bring Your Inner Child

Yes, you may be an adult. But your inner child is still alive, and that’s not necessarily a bad thing. They can let you have fun and cut loose once in a while. However, many of us suppress our inner child. Society, responsibilities, and the stress of life make it hard to enjoy the little things in life.

But if you feel like unwinding and activating your fun side, visit a video game arcade around your city. You’ll have fun playing video games that remind you of your childhood days.

Most arcades have new games, which are different from the old ones in terms of controls and graphics. You no longer need traditional controllers to play an arcade game. Instead, individuals use dancing pads, and some games such as Star Wars are based on movies.

Previously, arcade companies aimed at creating new arcade games that are fun to play. But these days, the focus is on beating the next competition.

Arcade games were viewed as the best way to pass time. But if you’re truly alert, you’ll notice that they teach you some things. A study conducted by laparoscopic surgeons revealed that individuals who played video games committed fewer errors than those who didn’t.

Well, even though you are not a surgeon, you still need coordination in your life. If that’s the case, consider playing an arcade game. The movements in this game require excellent hand-eye coordination. At the end of the day, it helps you gain precession and success in using your hands.

Once you find a perfect arcade game for you, you’ll know how immersive these games can be. Tackling a challenge gives you some kind of satisfaction, not to mention you also learn a new skill while watching your score increase. All these bring fun, happiness, and relaxation, which we all need seeing how stressful life has become.

Also, if you’re looking for simplicity, you’ll find that in an arcade game. Many of these games are available, giving everyone a chance to find something that they enjoy. But, the common thing about all these games is that they’re easy to play.

The rules are straightforward, and you only need some minutes to understand. Even a beginner can score some points and boost their confidence level.

However, note that this doesn’t mean that winning the game is that easy. It requires skills, focus, and dedication. But, that ease of play makes the game enjoyable for anyone.

Arcade games remain popular among adults because of the fun and energy they bring. Plus, with modernization, developers have designed games that coexist with other games present in the modern industry. That’s why many people, both adults, and kids, are attracted to arcade games even today. 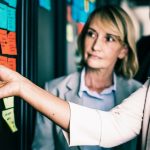 5 Stakeholder Management Tips That You Must Know 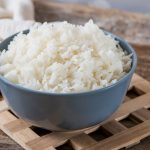 4 Casino Games You Can Play Online

Tips To Take Your Online Gaming Experience To A New Level