Nobody wants to be in a vehicle crash. An accident can ruin your day and even your life sometimes. However, let us suppose if you get in a car wreck, are you aware of what to do after a car accident or what you should NEVER do? Now, many people will tell you many things, but all of that might or might not be right to implement. That is why we have put together a list of a few things one should avoid in an unfortunate car accident. Knowing how you will handle the situation in advance if you ever get involved in such an incident can be a relief, as you know that you will not mess up things. Therefore, if you are interested in learning about them, stick to this article.

Whether it was a harmful accident or no one appeared to be injured, you should never flee from the scene. Most people try to leave the scene as soon as the accident happens, but it is the worst thing to do, whether you are at fault or not. Instead, what you should do is to stop and check on the persons involved in the accident. You must also need to take pictures of the scene and both vehicles, exchange insurance information, and report it to law enforcement if you are not at fault.

Most people believe that if no one was hurt in the car crash, there is no need to call 911 and report the wreck. This can actually be a bad idea to not call the police. Even if you and the other driver have made a ‘gentlemen agreement,’ you never know what type of issues may arise in the future down the line. People usually are unaware of the injuries right after the accident happened, and something can appear later. Therefore, calling the police and reporting the car crash is the safest option for you. This way, you will have documentation that you may need later if the other person makes false claims.

Understandably, a car crash is never a pleasant experience, and losing your control after getting involved in one is quite natural. However, this is precisely what you should never do. As mentioned earlier, you may want to stop and check on the other person involved in the accident. You need to ask the other person if he is all right. When doing so, do not start yelling at him and blaming him for the accident. To make things much easier, keep your calm even if the other driver is at fault.

Remember all the photos of the scene and vehicle you are advised to take? All the information you gathered will come in handy if you decide to file a personal injury claim. If you have the right insurance information from the other motorist or you know how the accident actually happened, making claims, later on, would be much easier for you. 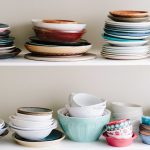 How To Store Breakable Items In Your Home 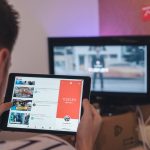