There are numerous myths, misconceptions, misunderstandings, and untruths relating to today’s bail bonds industry. The current scenario is attributed to usually false expectations and negative perceptions associated with the bail bonds industry. According to Investopedia, the commercial system of bail bonds exists only in the Philippines and the United States of America. In all other nations, bail may be entailing a host of conditions and restrictions imposed on criminal defendants for their release till the trial dates. Let us explore some of the common myths or misconceptions relating to the bail bonds industry.

The media has often been responsible for portraying the bail bond business as somewhat shady. The bail bonds industry, as such, has got an undeserved and unfair reputation of being outright criminal and even shady in some cases. You may keep in mind that the bail bond industry is tightly regulated, supervised, and licensed. The harsh reality is that this myth undermines the pivotal role played by bondsmen in the overall criminal justice system. The bail bondsmen and bail bond companies must follow federal and state regulations.

Myth #2: Bail Bondsmen Never Both To Care At All About Their Clients

It is a blatant lie. The bail bondsmen are very much attuned to caring about their clients. They are forthcoming and helpful. They would go that extra mile to help their clients get out of prison at the earliest possible. They are with you every step of the way to ease your tension or stress and get you successfully out of jail.

It is a misconception to the core. The bail bondsmen never charge unexpected or astronomical fees from their clients. After the defendant has attended all the necessary court dates and once, all issues like bond reinstatements and forfeitures are done, they do not charge any other extra fees. Get in touch with Castle Bail Bonds for seamless service and reliability.

It is a really unfortunate fact that no bail bondmen can help in negotiating your bail amount. Keep in mind that the bail amount in each case is determined according to the decision of the concerned judge, the severity of the crime, and some other critical legal considerations. The judge is unlikely to reduce the bail amount once the judgment has been passed. Hence, there is no scope for any negotiations.

The bail bondsmen are often portrayed in movies as the quintessential bad guys, who are involved in defrauding their victims and raiding homes. However, it has no relevance to the real scenario. It is just a figment of the imagination of the filmmakers. The bail bondsmen play a crucial role in the overall justice system. They assist defendants who do not have the money to organize their bail. They are immensely beneficial to law enforcement staff as they ultimately end up saving time and money for them.

The bail posting process is complex and confusing, and it could prove to be stressful and challenging to get your near and dear one out of prison on bail. The prevailing myths and misconceptions may make things worse. Some of the common myths or misconceptions have been discussed here for you to be aware of the truths relating to the bail bond business. 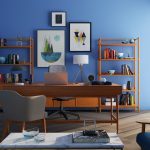 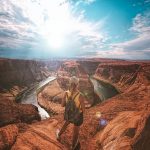 How To Stay Safe When Traveling Abroad

Tips To Follow While Negotiating For Alimony With Your Ex-Partner

5 Common Car Accidents And How To Help Avoid Them