Regardless of your sport, one of the highlights of the calendar is the end-of-season awards day. While some teams have a BBQ in the sun to celebrate the end of a season, others will put on a whole show in the evening. Either way, you can make the winners feel special with an award or trophy from a service like Impact Glass Creations. Here are some award ideas:

Firstly, this is one of our favorites. Get every player to write down who they think deserves a Player of the Season award. Depending on the results, you could have the winner as the person with the most mentions or devise a points system for every first, second, and third-placed nomination. For the winning player, this is perhaps the best award to win because it means the rest of the team believes they were the best player over the season.

This is one that goes forgotten, but why not celebrate a supporter who turns up every week come rain or shine? If there’s a little brother/sister or a young child that watches every fixture, make them feel good with a special trophy as the Supporter of the Year.

Over the years, this award has gotten a bad reputation, but we think it’s nice to recognize improvement. Especially when a new player enters the team, you can show that they have improved with this award. Maybe somebody is playing the sport properly for the first time in their life? Show your appreciation with the Most Improved Player award.

You get the point – these are awards for the best performers on the team. In cricket, you could have prizes for the players with the most runs and wickets. Alternatively, football is good for goals and assists. At the end of the day, these are the things that win matches, and they should be celebrated.

In every team sport, you need leaders who understand the game. They motivate others, make quick decisions during a match, and inspire others to play well. This award doesn’t have to go to the captain every year; why not pick out somebody else who inspires despite not having the captaincy?

As well as leaders, you need people who do things for the good of the team rather than to just look good. Again, this can be someone who is underrated, sits on the bench for the good of the team in certain situations, or who performed an act of fair play during the season. We believe in appreciating every character in the group, and this is the ideal way to thank those with sportsmanship.

Finally, you could also award the player with the best attitude. For example, clubs with teams in all different age groups can award this to older players who also help out with the younger teams. Just because you’re a sports team, this doesn’t mean you can’t reward things away from the court, pitch, or oval.

Some fantastic companies are offering high-quality trophies and awards, so why not get in touch with them today? They could even become a partner for many years! 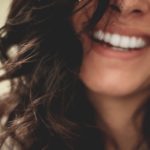 Top Tips To A Healthier Smile 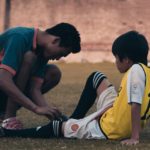 Why It’s Important To Fully Recover From Sports Injuries

How To Effectively Stay Sober

5 Things To Make With Instant Rice