Although long hair for men is making its way back into fashion via the likes of the “man bun”, there’s still much controversy surrounding men having long hair. There’s a widespread belief that in order to appear well-groomed, you must cut your hair; however, this simply isn’t true. In fact, not cutting your hair is believed to have many health and spiritual benefits, yet so many men are still deterred from going against the status quo and refraining from cutting their hair. Despite this, the fear of long hair only really occurs in western cultures, with various other cultures seeing untrimmed hair as the norm. Read on to discover why you shouldn’t be cutting your hair.

As previously mentioned, there are many cultures in which uncut hair is absolutely the norm. For instance, in Islam, Qurbani rules state that individuals mustn’t trim their hair during the Hajj pilgrimage. Similarly, Native American culture sees long hair as a spiritual artefact that connects one with the earth. Even if someone doesn’t follow the teachings of Islam or they’re not Native American, it’s still possible for them to respect these cultures and appreciate their beliefs. It’s easy to become consumed by what’s been instilled into you throughout your life but getting on board with the premise of long hair is a great way to broaden your horizons.

As previously mentioned, long hair is out of the ordinary for most western cultures, meaning that any man with long hair is immediately identified as different. In a room of 100 men, it’s likely that around five will have long hair, making anyone with this style instantly different from the rest of the crowd. Long hair is a great way to ensure that you’re remembered, and it’s one of the easiest ways to do that. Similarly, it doesn’t make you so different that you appear as unusual; instead, you’ll just be perceived as cool and quirky.

In order to be different, you must have a certain level of confidence, meaning that a man with long hair is typically a confident one. Alongside confidence comes self-esteem, self-respect, and a belief in your powers and abilities. These are perhaps the most important qualities that someone can have, meaning that long hair can help propel your self-worth forwards. With this being said, self-confidence isn’t to be confused with arrogance or overconfidence, as this is what takes you from a cool individual to an off-putting person. Affirmations are the way forward when it comes to building your self-confidence, and long hair can aid you in putting those affirmations in place.

Being independent is an incredibly important trait and, for many, long hair symbolizes independence. For instance, many professions will inhibit you from growing out your hair but, for these individuals, those positions simply aren’t for them. Our attitudes towards work have shifted, whereby there’s no longer a set “professional appearance”. Once upon a time, tattoos, piercings and, of course, long hair, weren’t fit for professional environments. Despite this, we have since revaluated our priorities and understood that someone’s professionalism goes way beyond their appearance. After all, what is a “professional appearance”, anyway?

Finally, hair growth is a natural thing, and can even denote vitality, health, and vigour. We only end up with short hair by actively altering our appearance, whereas long hair is a result of leaving ourselves alone. Hair grows for a reason, if there was no reason, our hair simply wouldn’t grow. Similarly, some people are unable to grow a full head of hair, so why not take advantage? 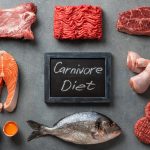 The Health Benefits Of “The Carnivore Diet” 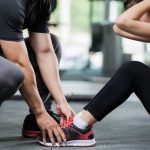 Five Reasons Why You Need A Personal Trainer

Podcast Trends That Are Peaking

Decisions You Should Be Making As Retirement Approaches