“The Carnivore Diet” refers to a diet in which you solely consume animal foods. This means you’re not permitted to eat fruit, vegetables, or carbohydrates, but can indulge in all the meat, fish, dairy, and egg products that you like. When considering the traditional nutrition advice of “you must consume five portions of fruit/vegetables each day”, an all-meat diet can seem radical. Despite this, many people swear by the carnivore diet, and meat is incredibly significant in a variety of cultures. For instance, in Islam, the ritual of Qurbani revolves around meat distribution, whilst Christians adhere to the tradition of eating fish on a Friday. Read on to discover the health benefits of the carnivore diet.

First thing first, many people rely on the carnivore diet for weight loss as, contrary to popular belief, it’s unlikely that the carnivore diet would make you fat. Since you won’t be ingesting carbs, your blood sugar will remain low consistently. This means that insulin spikes won’t occur, and your body will have no reason to store incoming calories as fat. Similarly, an all-meat diet forces you to only eat when you’re hungry, as it doesn’t facilitate mindless snacking. You have to consciously cook a steak or boil an egg, meaning that you won’t fall victim to bags of carb-filled snacks.

Another myth that an all-meat diet looks to bust is the fact that the consumption of too much saturated fat leads to heart disease. In fact, there’s plenty of evidence to suggest that saturated fat is actually capable of improving heart health. With this being said, people only tend to follow carnivore diets for relatively short periods of time, meaning that there’s no way of knowing what the long-term effects are. Despite this, people who have followed the carnivore diet over a period of six weeks haven’t suffered from heart attacks.

As of recent, it’s been suggested that fat-rich animal foods promote inflammation in the same way that smoking cigarettes does. Despite this, evidence suggests that the carnivore diet can actually lower inflammation, meaning that eating plenty of meat can benefit cardiovascular health. If you have an intolerance to certain carbs or plant foods, inflammation will likely reach an all-time low, which can result in less achy joints, too!

The carnivore diet sounds like the perfect diet for the typical man who loves meat and hates salad; however, this only becomes truer when you discover that it can result in higher testosterone.

Fiber has long been the thing that dieticians and doctors push to aid your gut health; however, this might not necessarily be the way forward. In fact, individuals who have partaken in the carnivore diet and eaten next to no fiber have reported positive results when it comes to the condition of their digestion. For instance, many found that they had reduced bloating, gas, and straining. Furthermore, some even noted that their bowel movements became much more regular.

Those who have partaken in the carnivore diet have consistently reported that they’re focus improves almost instantly. Naturally, there will be a “break-in period”, whereby your body has to navigate fuelling itself in the absence of carbs. Therefore, initially, you may feel irritable and lethargic; however, once this is out the way, you’ll likely experience mental clarity like never before.

It can’t be denied that the latest diet fads are complex and confusing. One thing that no one can argue is that the carnivore diet is simple. You eat animal foods when you’re hungry. That’s the be-all and end-all of the diet. 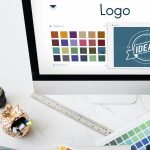 How Logo Design Can Improve Your Social Media Success

Reasons You Shouldn’t Cut Your Hair

How To Help Someone With Eating Problems