Polygon has announced Polygon Studios, which is dedicated to advancing blockchain gaming and non-fungible tokens (NFTs). The project aims to improve the network’s rapidly expanding ecosystem. Polygon is a prominent creator of the popular cryptocurrency that lets users transfer currencies in real-time from one account to another.

Polygon is an Ethereum-compatible layer two (L2) scaling system that enables quick, cheap, and safe off-chain transactions. It was founded in 2017 as Matic Network with the goal of developing a system and framework for building and linking blockchains.

The Matic PoS Chain, Polygon’s flagship product, is an EVM-compatible sidechain that is protected by a permissionless set of PoS validators and has a potential throughput capability of 65,000 transactions per second on a single Matic sidechain.

Learn more about various cryptocurrencies you can invest in here.

Because of its quick, low-cost transactions, the Polygon network has established itself as the current top scaling option. Polygon’s new project is well-positioned to capitalise on the crypto gaming boom, with cheap costs and quick transfers crucial for a flawless gaming experience.

Polygon has revealed the launch of two new projects to assist developers in creating and marketing decentralised games. The Polygon Gaming Studio will aid in the development of decentralised gaming, while the NFT Studio will assist companies in the establishment of tailored digital collectables and markets. Polygon received unspecified funding from billionaire investor Mark Cuban in May in recognition of its technological capabilities and expanding user base.

The launch would provide assistance and facilities for blockchain game developers with the intention of attracting artists and investors. The recently established Polygon Studios has three core objectives: (1) assert Polygon’s position as the leader in decentralised gaming (2) build a brand that draws developers and investors to its NFT ecosystem, and (3) place Polygon as the perfect location for transitioning to Web 3 technology.

The division will seek to attract major brands and franchises interested in launching games and NFTs. According to Polygon, it already has over 100,000 gamers and over 500 decentralised apps. On July 19th, the company stated that with the introduction of Polygon Studios, games will receive 360-degree building assistance, large companies and much-loved franchises will be able to debut on Polygon, and gamers will be able to experience a whole new world of engagement to earn opportunities and decentralised gaming.

Due to excessive gas prices, blockchain trading game Aavegotchi stated in January that it will no longer launch on the mainnet. Instead, the game selected Polygon as its launch platform, demonstrating the network’s ability to attract high-profile enterprises. Other well-known blockchain games, such as ZED RUN and SkyWeaver, have now joined the network.

As NFT gaming is becoming popular, with more games and companies taking the chance and riding on the hype, the public might slowly lose sight of the market’s nature. Currently, Axie Infinity is one of the most popular NFT games on the market, and a lot of novice investors have taken up the game, believing that simply playing the game will gain them profit. Some don’t even realise that it’s a part of the highly volatile crypto market.

The widespread popularity of the crypto industry in the past year is astounding. Ironically, the only consistent part of cryptocurrencies is that they are volatile, except for stablecoins. Hopefully, the people who get introduced to the crypto market through NFT gaming become aware of the risks they may face in the future should they decide to engage in it.

A short piece of advice for novice investors is to avoid the fear of missing out or FOMO, do your research (on the market and the cryptocurrency of your choice), and only invest what you can afford to lose. These three are part of the golden rules every investor should know, either forex or crypto. 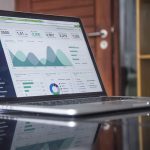 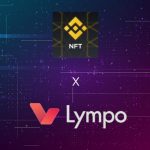 6 COD Warzone Hacks To Win The Game Without Getting Banned