All areas where Animoca Brands is a pioneer are Digital media, blockchain, gamification, and artificial intelligence. Some of its affiliates are The Sandbox, Quidd, Gamee, nWay, Pixowl, and Lympo. It is constructing a sports NFTs ecosystem centred on world-renowned athletes and sports clubs. The Financial Times included Animoca Brands to its list of High Growth Companies Asia-Pacific 2021.

Meanwhile, Binance is the biggest cryptocurrency infrastructure platform in the industry, with a financial product system that includes the largest global digital asset exchange by volume. Binance NFT Marketplace provides an open market with the greatest liquidity and lowest costs for artists, producers, crypto fans, NFT collectors, and creative admirers all around the world. Binance, which is made up of two parts: premium events and a market, offers rare collectables and an easy-to-use trading market to all of its consumers.

NFT fans may invest LMT tokens and mint NFTs of world champions and renowned athletes on the Lympo NFT minting platform. Once the firm migrates to Binance Smart Chain (BSC), there will be a considerable surge in new NFT. Lympo linked their token LMT to BSC and launched it on the PancakeSwap decentralised market earlier this spring.

The Lympo NFT ecosystem, which is driven by LMT, is currently in two stages of development. Varying NFTs of world-famous sportsmen, clubs, influencers and enthusiasts are given in various rarities in the initial digital collectables stage to create a baseline supply. Various activities, including games incorporating LMT as the main utility coin and in-game cash, will be introduced during the second content and media development stage. The Play-to-Earn concept will be used in these games. Players will be able to develop and enhance sports hero characters before forming teams, competing against other players, and competing in events.

The LMT token, which was made available in early March of this year, will provide its owners access to NFTs in multiple staking pools. During the offering, the only method to get LMT tokens is to swap them for LYM tokens that already exist. The LMT/LYM token exchange will happen at a predetermined rate that will be revealed eventually. The LMT token will be the currency of the sports-related NFT network, granting owners access to a variety of media and content services. It will be linked to the Binance Smart Chain after its first debut on Ethereum.

Lympo has announced a partnership with Binance to make minting, transferring, and trading NFTs simpler. Users will benefit from lower transaction costs and more exposure to Binance’s platform and community as a result of the operation. Lympo CEO Ada Jonuse said that Binance is one of the world’s most popular trading platforms, and they’re thrilled to be collaborating with them. As they bring unique and useful NFT items to market, the organisation is excited to hold auctions on the Binance NFT marketplace.

As NFTs grow in value, the more the market grows. It may not even be a stretch to say that it is the future of collectables, media, and entertainment. It’s the perfect opportunity for creators and enthusiasts alike to get started while the platform is still in its budding phase. Although risky, a lot of early adopters have sowed the fruits of their bold decision years later; take the Bitcoin adopters for example. Of course, this is after making appropriate and careful plans in deciding to avoid obvious traps and losses. 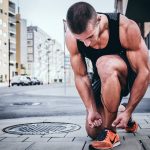 Prepare For The Bitcoin Bull Market Top With PrimeXBT