Cerebral Palsy (CP) is a childhood disability that may be caused by an injury to the brain. It is the most common motor disability in children. There are many different types of cerebral palsy. CP is a group of disorders that may impact the ability to move, maintain balance, and maintain posture.

CP is more often found in boys than girls. It is more common in children of color. About 75 percent of children with CP have spastic CP. Spastic CP causes muscles to be stiff causing movement to seem and look awkward. A little more than half of those with CP are able to walk independently. One out of every 10 children with CP walk with the use of a mobility device that is hand-held.

Many children that have CP have co-occurring conditions. This is when they have additional diseases along with the CP. It is common for those with CP to also have autism spectrum disorder or epilepsy. Even when CP is caused by a brain injury that happens during or before birth, it is called congenital CP. If a baby is too small, born too early, a twin, or part of a multiple birth, they have a higher probability of developing CP.

There are other risk factors, which include if the baby was conceived in vitro or some other reproductive assistance. If the mother had an infection during pregnancy, the baby is more likely to develop CP.

There is a percentage of CP that is caused by brain damage that occurs more than 28 days after the birth of the baby. This is referred to as acquired CP. There are some risk factors that can increase the chances of the baby developing acquired CP. They include if the baby had a brain infection, like meningitis, or if the baby suffered from a serious head injury.

The specific cause of CP is typically unknown. It is usually diagnosed within the first year or two after the birth of the baby. When the symptoms are mild, it is more difficult to diagnose until the child is a little older. There are a large number of services and support available to children and adults that have CP. These services help those with CP stay active, healthy, and part of a community. There are therapy services that also help those with CP stay healthy and active. These include physical, occupational therapy, and speech therapy. 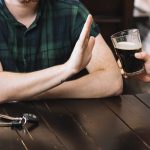 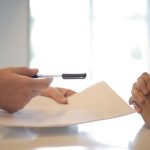 Unsecured Business Loans: Pros, Cons & Why It’s Worth It

Understanding Why You Pee So Much In Early Pregnancy