Cobalt Blue Tarantulas are beautiful creatures. They have an ocean blue color, have venomous bites, eat small insects, and are easy to take care off

But since they are arachnids, they will not behave like other traditional pets. While other pets enjoy getting handled by humans, they will become aggressive when touched by humans.

With that being said, let us look at some interesting facts about these blue colored tarantulas.

The biggest selling feature about a Cobalt Blue Tarantula is its bright blue color. It looks like they are sprinkled with cobalt, hence the name cobalt blue tarantula. Their legs are bright blue. But the body color might vary from one tarantula to another.

2. Their Bites Are Venomous

Do not be afraid of the heading. Yes, tarantulas are venomous, but it is only potent enough to kill small insects. They are not powerful enough to cause injury to humans.

However, you may feel pain and rash in the bitten area. Tarantulas become aggressive if you try to touch them. So to avoid getting bitten, it is wise to leave them alone. Their bites do not even create an allergic reaction. At worst, you will feel severe cramps if the venom enters your bloodstream. But it will be cured within a few days.

3. The Size Of Cobalt Blue Tarantulas

They are not as big as Goliath tarantulas, or as small as spruce-fir moss tarantula. The length of these tarantulas is about five to six inches. But some can even be as long as nine inches.

4. They Have An Old Fashioned Defense Mechanism

Unlike some other species, like the pink toe tarantula, they do not have urticating hairs for a defense mechanism. Instead, they depend on their venomous bites to defend themselves.

So although they can fend off predators at close range, they are completely helpless from long-range predators. Since biting was very common in the older species of spiders and tarantulas, these species are known as old-world tarantulas.

It is a common factor in spiders and tarantulas that males do not live as long as female species. The same can be said for cobalt blue tarantulas. The female ones live much longer than males, about 15 years on average.

6. How To Feed The Cobalt Blue Tarantula

But there are two factors needed to be considered while feeding a cobalt blue tarantula. One, they need live insects or bugs for food. If the insect is already dead, they will not eat it. And two, you need to make sure the insects are well fed.

If the insects are well fed with green vegetables, then the tarantula will get the necessary vitamins and minerals when they eat the insect.

Also, keep a small water dish inside their container. The water dish will get dirty when they drink from it. So clean the dish every day and refill it with clean water.

How To Care For The Tarantula

Taking care of a tarantula is not a difficult task. They are much easier to take care of compared to a cat or a dog. The first thing you need to do is make a place for them to stay. They can be kept in a container that has a volume of at least 36 cubic inches.

Put soil inside the container and create an artificial habitat. The spider thrives in warmer weather, so make sure the container is placed in a warm area. After that, the only thing that you need to think about is their diet. Feed them once in the evening, and you will be good to go.

How To Breed Cobalt Blue Tarantula

We have mentioned before that cobalt blue tarantulas sometimes can get very aggressive. So this makes it quite difficult to breed them. For this, first, need to find the right breeding mate for the tarantulas. You need to make sure that both the male and the female tarantula are of the same size. If the female tarantula is larger, then she will devour the male spider either before or after mating.

If the female does accept the male for mating, then things will proceed swiftly. The male will insert his sperms inside the female tarantula and in a few days, you will notice small egg sacs that are full of cobalt blue tarantula babies.

Cobalt Blue tarantulas are exquisite creatures. Although they look very beautiful and approachable, it is best to avoid them because of their aggressive nature. Despite that, they are very easy to maintain and can be an amazing pet if you wish to keep them. 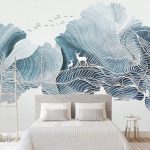 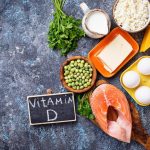 What Happens When You Are Deficient In Vitamin D?

Where To Buy Dog Supplies Online?

How To Ensure Your Pets Are As Happy As Possible