America’s fascination with the superhero genre began in the 1930s – with The Phantom considered to be the first superhero to attract the attention of the public. Ever since then, superheroes have dominated the covers of vintage comic books, and subsequently, movie screens. The Marvel franchise revolutionized the superhero genre, and since the first Captain America was adapted to movie screens back in 1944, the Marvel Universe has now become the highest-grossing film franchise of all time – with total worldwide box office revenue of $22.56 billion. But how do superhero movies continue to shape pop culture? And is this trend likely to continue in the years to come?

One of the industries greatest affected by superheroes has been gaming. Over 164 million adults in the United States regularly play video games, and the success of the Marvel movie franchise has spawned numerous superhero-themed video games. As well as video games, mobile gaming has thrived from its links with Marvel and DC’s most popular characters. iGaming is another industry to have benefitted greatly from superheroes – and big-screen superhero releases – with some of the most popular online slots at William Hill being themed on the Aquaman and Suicide Squad movies. These slots feature images of the superheroes in both movies, and the powers that they possess – providing a sense of relatability for those choosing to play. The initial success of these superhero-inspired slots should open the door for new links with the iGaming sector.

The fashion industry has been strongly influenced by superhero movie releases in recent years. Aside from the classic comic-themed converse or jacket, superheroes are now influencing the catwalk, with designer Jeremy Scott recently unveiling a superhero-inspired collection, per Syfy – featuring items linked heavily with the likes of Batman and The Flash. One of the biggest fashion trends in recent years has come via the burgeoning cosplay industry, where people wear costumes to represent a specific character. Superhero movies and cosplay seemingly go hand-in-hand, and imminent movie releases Morbius, The Batman and The Flash are likely to inspire new cosplay themes and ideas – only increasing its popularity.

TV productions are getting larger, with Game of Thrones costing around $15 million per episode to make, according to MentalFloss. As budgets for TV shows increase, directors are becoming more ambitious with their products. These big-budget TV shows have encouraged producers to look at superhero movies as a source of inspiration for their upcoming projects. The recent Watchmen TV series that was based on the DC Comics – and 2009 movie – received critical acclaim, including 26 Emmy Award nominations – the most for any show in 2020.

TV superhero creations have even influenced superhero movies. Cult TV series Batman: The Animated Series was the first to showcase DC character Harley Quinn. In recent years, Harley Quinn has been depicted by Margot Robbie in movie releases Suicide Squad and Birds of Prey, the latter being something of an origin story for the character – subsequently grossing over $200 million worldwide.

Be it through gaming, fashion, TV, or many other mediums, there is no doubt that superhero movies have significantly influenced recent popular culture – with cosplay and mobile gaming bringing a whole new audience into the superhero universe. It seems those closely associated with the superhero genre realise that adapting their product to attract new audiences is key to the long-term attraction of superhero movies. Should classic superheroes like Superman and Batman continue to entertain people worldwide, and as new movie releases based on the Marvel and DC Comics series’ hit theatres, expect the trend of superhero movies shaping pop culture to continue for the foreseeable future. 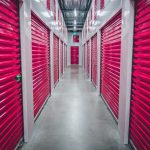