As countries in Southeast Asia and Australia begin to reopen their economies, Cambodia will need to prepare to live with Covid-19 and welcome back tourists.

Southeast Asian countries appear to be considering reopening their borders after more than two years.

Thailand has indicated that vaccinated passengers from ‘low-risk’ nations such as the United Kingdom, Germany, Singapore, China, and the United States will be allowed to enter the country without having to go through quarantine.

Singapore, on the other hand, has created ‘vaccinated travel lanes’ with eight countries: Canada, Denmark, France, Italy, the Netherlands, Spain, the UK, and the US.

For a long time, Bali, Indonesia’s island province, has been available to visitors from 19 countries.

While tourists are unlikely to throng to these sites in the near future, this is a welcome development for tourism-related businesses that rely on passenger flow.

So, why is Cambodia taking such a long time to act?

A Country That Has Been Vaccinated, & A Recent Outbreak

In many ways, Cambodia is one of the safest places to be on earth right now, given that 9.5 million adults amongst its population have been fully vaccinated.

On the other hand, Cambodia also just recently recovered from a COVID-19 outbreak that sent the country into a state of panic. In what has been known as the “February 20” episode, the kingdom saw a COVID-19 epidemic identical to that seen in other nations last year.

High vaccination rates, combined with lockdown fatigue and anti-epidemic experience, reassured authorities that they had the tacit permission of residents (with the exception of vocal minorities who continue to err on the side of caution) to reopen borders and allow outsiders to enter the countries in all of the previously mentioned locations.

It had not been an easy road. As a result of the surge in cases, governments that were initially optimistic and reduced restrictions faced backlash and were compelled to backtrack their actions. Singapore, for example, recently tightened regulations, allowing just two people to sit at a table in restaurants, and citizens who have not been vaccinated are not allowed to enter food courts.

Cambodia, on the other hand, will have to move forward sooner rather than later.

“I believe it is reasonable to reopen the economy and society in general under the new normal paradigm if the scenario persists over the next ten to fifteen days,” Cambodian Prime Minister Hun Sen announced. According to recent speculations in the local media, the administration aims to prioritize travellers from South Korea and China.

The first several weeks after the reopening will be closely observed. Cambodia lacks the infrastructure that other countries have, and it may struggle to deal with emerging kinds.

Not Every Company Is Prepared

As a result, it will be vital for certain companies to take the lead. The government and foreign visitors will almost most likely look to Cambodian businesses who have handled the COVID-19 outbreak properly.

Travelers will be wary about walking through locations where the coronavirus may be present. Even if they have been vaccinated, they do not want to be silent carriers and be forced to live in a quarantine or face public scrutiny.

Meanwhile, in an increasingly interconnected world, Asian nations are wary of becoming engaged in international problems if their treatment of sick foreign travelers attracts international attention.

Travelers will also be careful about where they stay.

The reopening process serves as a litmus test for Asian companies and countries’ post-Covid readiness in many respects.

Take Inspiration From The Past & Resiliency From The Future

Cambodia’s reopening process, if done properly, could speed up the country’s recovery in many ways. People will feel confident investing in Cambodia if the reopening is managed well, whether through business decisions, funding the right local partner, or simply purchasing a ticket to one of the country’s many attractions.

In the pre-pandemic era, the country was one of the most promising frontier markets, and it is keen to re-establish its economic growth trajectory.

Fortunately, in the face of the COVID-19 pandemic, Cambodian enterprises fared pretty well.

Prince Holding Group (“Prince Group”), a fast-growing Cambodian conglomerate, earned six awards, including two for its COVID-19 response. It has garnered favor with Cambodia’s government and has become one of the country’s most well-known businesses.

Not only has it been recognized, but it has also recently launched the Chen Zhi scholarship, which aims to finance 400 Cambodian students.

Prince Group is also investing heavily in the real estate in Cambodia, with the Ream City project, an 834-hectare coastline redevelopment project near Sihanoukville’s international airport, reshaping the landscape.

It Is Imperative That Cambodia Reopen As Soon As Possible

Prince Group has made a number of appointments and has a good reputation.

It’s one of a rising number of Cambodian enterprises attempting to establish themselves as a positive force in a fast-paced and exciting region of the world.

Their optimism will likely permeate throughout Cambodian society, potentially making life easier for the government by bolstering any note of confidence voiced to the outside world by elected officials.

You can bet that companies like Prince Group are devising tactics to ensure that passengers are received warmly when they arrive. In addition, best practices in hospitality and real estate management will have emerged to ensure that both visitors and locals have a safe experience.

Cambodia must swiftly reopen, and Southeast Asia should be a model for the rest of the world. 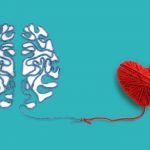 5 Ways To Get More In Touch With Your Emotions 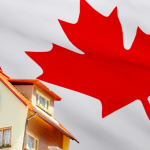 Going To Kissimmee In Florida: What Should You Know?

Flying From Europe To America: Everything You Need To Know