More than 10,000 U.S. residents move to Canada every year through Express Entry. The U.S. ranks second in terms of popularity, being the source country among immigrants using the Express Entry. Incidentally, the percentage of Express Entry applicants between 2017 and 2019 from the U.S. has almost doubled.

However, before moving, you need to be well-informed about specific aspects of the process so that your experience does not turn out to be a confusing and frustrating one.

The experts at Paradise Developments have come up with some guidelines for US citizens moving to Canada, who are looking to reside in Ontario.

This article will further help you to plan your migration seamlessly when you move to Canada.

Reasons Why U.S. Residents To Move To Canada

Canada happens to be an alluring option for many residents in the U.S. for different reasons. Some of the key factors driving the immigration of U.S. residents to Canada include:

Canadian health care policies are one of the best in the world. Citizens can benefit from their publicly-funded health care system. The out-of-pocket expenses on the heath by Canadians are relatively low. Considering these benefits, many U.S. nationals seek Canadian citizenship.

The work hours in Canada are comparatively shorter than in many other countries. In the U.S., the average number of working hours in a week is around 47. However, Canadians work around 40 hours on average per week. This provides them with some much-needed leisure time.

In Canada, maternity leaves are paid. In the U.S., employees can enjoy only 12 weeks of unpaid leave after giving birth. However, in Canada, this leave ranges between 35 weeks to 61 weeks.

5. Canada Is Open To Migrants

Global surveys and statistics reveal that Canada is generously accepting migrants from all over the world. Around 21% of the Canadian residents are migrants.

Questions You Need To Ask Before Migrating To Canada

Now, have a look at the most relevant questions before moving to Canada.

1. Is It Possible To Drive In Canada With A U.S.-Issued License?

Yes, the process of obtaining a Canadian license is pretty simple. If you have adequate experience in driving, simply exchange the license issued by your state for one issued by the respective province in Canada where you are residing.

There might be some differences in norms among the provinces, but eventually, you can obtain your license. Also, you can use your U.S. license to drive in Canada for a certain period. Depending on the provisions, this phase may vary between 90 and 180 days.

All the provinces in Canada deliver healthcare through a publicly-funded mechanism. If you are arriving in Canada with a work permit from the U.S., the nature of your permit would determine whether or not you would be covered.

If you visit the country as a foreign worker, it might take up to three months for your public healthcare to be approved. Thus, you need to apply as soon as possible. It is advisable to get a private insurance policy so that it covers the waiting period.

3. What About Filing Income Tax After Moving To Canada?

You need to file income tax in both the U.S. and Canada if you reside in Canada as a resident. However, if not, you can file your income tax only in the U.S.

You would be considered a Canadian resident if you own or rent property in the country or have a common-law partner, spouse, or dependents.

However, you won’t be considered to be a Canadian resident if:

4. Would I Be Permitted To Bring My Family To Canada From The U.S.?

As visitors, U.S. residents can enjoy free entry without a visa to Canada for six months. However, if you decide to move permanently to Canada as an international student, foreign worker, or permanent resident, you must carefully determine the family members who should accompany you.

When it comes to immigration, you might include a common-law partner or a spouse and kids aged below 22. You can include older children only under certain health exceptions. Ineligible relatives include grandparents, nieces, nephews, aunts, uncles, siblings, and parents.

5. Where Should You Reside After Moving To Canada?

Canada has around 38 million immigrants. They reside primarily in the towns and cities close to the border around the U.S. Thus, Toronto would be an excellent choice for immigrants.

Presently, it is the fourth-largest North American city.

6. Can A U.S. Permanent Resident Work In Canada?

You would need a work permit to work in Canada. These can be of the following three types:

This work permit is issued as a result of a trade agreement between Canada, the USA, and Mexico. Under this, employees are permitted to work across borders for a limited period.

If you have secured a job from a Canadian employer and have a valid job offer, you can apply for an employer-specific work permit. However, if you switch jobs in this case, you would need a new permit.

As the name suggests, if your spouse is an international student or temporary worker in Canada, you may apply for this work permit.

U.S. immigrants can quickly get a job in Canada. Canada offers a great lifestyle and better opportunities in terms of social infrastructure to the residents.

Therefore, it makes sense to talk to the professionals regarding where you should reside in Canada. Expert advice would help you enjoy a decent and respectable lifestyle in Canada. 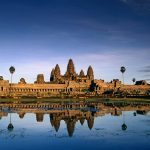 Cambodia Must Prioritize The Reopening Of Its Economy 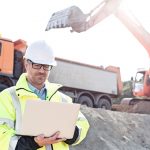 5 Digital Tools To Help With Your Construction Work

Best Places To Visit On A Trip To Maldives

Things To Consider When Buying A Car For Travel & Adventures!