Biofuel is a unique fuel produced from plants and crops and is very useful for humans. Ethanol and biodiesel are the two most vital biofuels that are increasing in usage and popularity. Biodiesel can be blended with gasoline as a source of alternative fuel for cars as well. This increase in biofuel popularity is mainly due to the reduction in carbon emission compared to traditional fossil fuels.

Environmental problems due to pollution and global warming seem to be the foremost concern on everyone’s mind, and rightly so. That is a fundamental reason behind the rise in biofuel preference and similar alternative sources of energy. This “green” energy, derived from plants and other waste sources are essential for building a greener and healthier future.

As Awareness Increases, So Does The Importance Of Biofuel – Boris Wolfman

Biofuels have taken the energy world by storm. Entrepreneurs, industry experts, and the general masses have all finally warmed to the fact that energy reserves will soon go bust, and this excessive burning of fossil fuel has resulted in irreversible changes to the environment. It is essential to do your part when it comes to environmental conservation. This is where biofuels come in as a more environmentally friendly option.

According to Boris Wolfman, people might have no choice since the depletion of resources will increase prices. It means people will have to start depending on biofuels daily to save money and continue with their regular life. Keeping all the facts in mind, here are the advantages of biofuels over conventional energy sources.

Fossil fuel emission leads to the greenhouse effect, which essentially traps the surface heat that the earth would have radiated off in its natural state. It conversely affects global temperatures and climatic conditions, often at a local scale. On the other hand, biofuels have a lower carbon particle emission, which means reducing global warming will be almost instant.

Ever since the start of the internal combustion engine era, fossil fuels have been used as the lifeblood for industrial processes. However, the catch always was the exhaustible nature of fossil fuels. We are going to run out of it and soon. That is why investors have put millions of dollars in the research for renewable sources of energy. Biofuel has emerged as the one-true option to date.

Biofuels are organic molecules that can be broken down and degraded into simpler forms that aren’t toxic to the environment. On the other hand, fossil fuel remnants take years to break down, which leads to accumulation and toxicity of nature.

Fossil fuels usually involve mining processes and large-scale power plants to purify and burn through the fuel to produce energy. However, there is no need for a large-scale plant for production or a heavy-duty mining operation with biofuels and biodiesels. Most biodiesel plants are zero-emission, and energy production is a continuous process without any interruption due to the scaling down of the processes.

For advantages much closer to home, you have the better lubricating property of biofuels, which means your engine components and parts will run longer and smoother. It is mainly due to the complete combustion of biofuel, which means lesser carbon emission, reducing the particulate matter that provides friction to the engine’s moving components.

At this point, the cost of biofuel and fossil fuels is comparable due to the former’s limited usage. However, biofuel has a higher energy efficiency, which means you get more bang for your buck than gasoline or diesel. With the increase in use, the prices will go down, but it is still a great idea to start saving money by going green.

As stated in the previous sections, biofuel is better as it increases the life of your vehicle. Lowering carbon emission translates into lesser damage to the vital internal components, which means your car can run longer with a sustainable fuel source better for the environment.

Sustenance Is The Key

Fossil fuels and other non-renewable sources of energy are not self-sustaining in the way biofuels are – being derived from inexhaustible sources like manure, crop products, and algae.

According to experts from the energy industry, the allure for investing in biofuel is quite real, and the cause justifies it. The need for a renewable, cleaner energy source has been debated, sought after, and researched at various corridors of power and scientific communities. There is an eventuality in the case of fossil fuels – that they will run out is quite certain. What won’t run out ever is the need for energy, which, if anything, as the latest trend suggests, is on a massive rise over the past decade. This eventuality will lead to technical innovations that will utilize biofuels and similar clean-green energy sources exclusively.

Yes, there are pitfalls as every industry will have to overcome specific challenges along the way. The increased popularity of biofuel can lead to decreased food crop production as land might be suitable to produce fit solely for biofuel production. The problem can become a real issue for the developing nations and the agriculture-based economies if the government chooses to subsidize the rates for farmers involved in biofuel production. So, there needs to be planning for biofuel production as the production of food should not suffer under any circumstances.

As always, entrepreneurs are problem solvers. Therefore, the onus is on the brightest minds of the future to find the right balance between biofuel production and food production. Additionally, it is also vital to adjust for automated processes that will be operational for the biofuel industry, leading to an increased carbon footprint. However, if done right, biofuel will change our tomorrow into a cleaner and greener future. 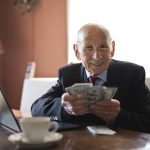 7 Tips For Saving Money After Retirement 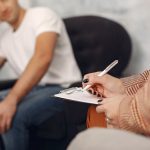 5 Unique Devices For Betterment Of Your Mental Health

6 Things You Can Do This Weekend When You Are Bored

How To Get Involved In Competitive Professional Gaming Or E-Sports

Do Video Games Have To Be Fun To Be Good?