These days, people are missing traveling abroad and going out with no risks. But there are lots of opportunities for getting the same emotions with no need to leave your home. Users can watch traveling blogs on YouTube, play live casino online with global users, or play games with spectacular views. If you’re a gamer, then these 7 options are your choice.

Video game tourism would be a much poorer leisure option without this franchise. Assassin’s Creed is the main game series by Ubisoft: 12 full-fledged parts have already been released. And each is dedicated to different historical periods in different parts of the world: from the Holy Land during the Third Crusade to ninth-century England. In the story, the fictional protagonist often meets real personalities like George Washington and Leonardo da Vinci and takes part in historical events.

Perhaps the most beautiful thing about any Assassin is the ability to freely explore entire cities. The player is free to explore the world leisurely strolling through the streets, running along the rooftops and penetrating into inaccessible areas such as the tombs of the pharaohs – all it takes is the desire and interest, and you will find something to do. World sights here are recreated with amazing care: in Assassin’s Creed Unity, there is such a believable and elaborated Notre Dame Cathedral that it was seriously considered to restore the real building after the fire in 2019.

It’s not just a trip around the world without a visa, but also an excursion into history: you can see what different parts of the U.S., Europe and Africa looked like hundreds and thousands of years ago.

Most Assassin’s Creed games have a code. Every notable structure or person is accompanied by a small but informative entry with interesting facts. And in some of the latest parts – Assassin’s Creed: Origins and Odyssey – they even provided a separate tourist mode. In it, you can quietly explore Ancient Egypt and Greece without worrying about game threats and other disturbances.

A game in which you have to not just explore, but survive in the middle of a densely populated space inhabited by sea creatures. The action of Subnautica takes place not on Earth, but on the fictional planet 4546B, but it’s hard to put that down to the game’s shortcomings. After all, its world consists of dozens of aquatic biomes, the flora and fauna of which have real-life analogues, and, most importantly, convincingly combine in a single ecosystem.

The gamer will have to learn the habits of various underwater creatures, gather resources, expand and improve their base, avoid dangers and even progress through the central plot. You won’t find such exciting sea tourism in reality – that’s why we love video games.

World War II is perhaps the most complex and confusing period in history. The tip of the iceberg that is taught as part of the school curriculum hardly covers a tenth of all the events and nuances of this conflict. And it is very difficult to passively absorb so much information.

The renowned developer of strategy games – the studio Paradox Interactive – has been developing the best series for all history fans for many years, especially the mid-20th century. In Hearts of Iron IV you can take control of any state that existed on Earth during that period and try to lead it to victory in the war. Each country has its own peculiarities based on the real facts – the game is complex, so you will have to learn the politics and history. But once you pass the high entry threshold, Hearts of Iron IV is sure to become your favorite pastime.

A very beautiful and intense adventure, capable of driving any fan of westerns and the Wild West in general crazy. The action of Red Dead Redemption 2 is set in America from the end of XIX century till the beginning of XX century, and the protagonist is a member of one of the numerous gangs. The storyline of the game, that lasts for several tens of hours, slowly gathers pace and at first seems to be quite usual for the similar projects, but in the end, it turns out to be a great drama.

Red Dead Redemption 2 is also a giant authentic world of those times. In it you can look at the scenery, hunt, fish, stroll through boiling cities, get drunk in saloons, and much, much more. Until there’s a real-life equivalent of the theme park from Wild West World, this game will be the best way to immerse yourself in the cowboy and horse era.

One of the most ambitious ideas for travel is to drive yourself through different states of America. The idea, of course, is difficult to translate into reality, but its virtual counterpart is available to every owner of a modern gaming computer or laptop.

American Truck Simulator is an American trucker simulator with all the romance inherent in this occupation. The player just quietly performs tasks, driving one of the real-life truck models, and enjoys the views. It is a very meditative and relaxing experience from which you do not get physically tired.

Not so long ago, the game added vantage points: when you visit them, you can look at the local scenery, built with cinematic fidelity. This, of course, is not an opportunity to get out of the cockpit and walk around freely, but still a nice addition to an already great game.

The same studio has released Euro Truck Simulator 2 – about European truckers – and owners of virtual reality helmets can try out an immersive VR-mode.

The cubic sandbox makes no sense to compare it to real museums or tourism, but it has the great advantage of versatility. For more than a decade, players have been lovingly recreating everything from Krasnodar to Hogwarts in this virtual space. Although what is there to talk about: in Minecraft they built a full-scale copy of the Earth!

In short, it is difficult to find educational value in such tourism, but with what pleasure you can wander even in imaginary places and admire the diligence and ingenuity of virtual architect-builders from around the world.

The action of this criminal action, in many ways comparable to the GTA series, unfolds in a rather exotic setting for a game of this scale – modern-day Hong Kong. The player controls an undercover cop who needs to infiltrate the triads. Of course, it all turns out to be a thrilling crime thriller that plays up the underbelly of the metropolis.

In Sleeping Dogs, you can’t visit many of Hong Kong’s monuments, but – if you believe the game’s screenwriter from China – it authentically shows the city’s street life. 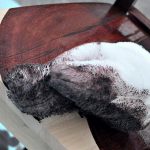 Benefits Of Using A Painter’s Mitt

Why Are Arcade Games Still Popular?