It’s the ‘big day’ – in fact, for many the biggest day of their lives. You may hear that both weddings and the whole concept of marriage are on the decline.

Yet, with over half of people still choosing to tie the knot the problem is arguably not a lack of people getting married, but that there are so many people are getting married that it’s all becoming a bit ‘samey’.

Of course, people have tried to buck the trend for many years and escaped all the fuss by running off to Vegas and getting married by an Elvis impersonator. Ironically, this now happens so regularly that it barely raises an eyebrow anymore.

More recent attempts have involved getting married while bungee jumping, in a hot air balloon, on skis, in a prison, in Walmart (really), and even in a cave.  However, if you think that list is either a bit boring or just plain daft, there may be some alternatives that you may have overlooked or dismissed out of hand that are really worth a bit more scrutiny.

How Do You Plan Your Wedding?

So, if your upcoming wedding is something you’ve been secretly planning for years or getting married means spending a year having to ‘care about stuff you don’t care about’ – then changing it up a gear and doing something breathtaking is bound to make it more interesting, and unforgettable not only for you but for everyone that is there.

Just a quick note though, while you may be reading this in the middle of a pandemic, this piece is written with both eyes firmly on the (hopefully) near future when things are more like the way we remember them, rather than the way they currently are.

With the whole idea of wandering into a church and saying ‘I Do’ simply not enough for some couples, handfasting has become more popular. Looking to add a new symbolism to their ceremony, some couples are literally turning back the clock to blow the dust off of this ancient ceremony.

The couple will typically stand face to face as their hands are tied together while they recite their vows. (This is where the phrase tying the knot comes from by the way.) You may have seen pictures of a ceremony online where the hands are tied with ribbon, but the handfasting ‘cord’ can literally be cord, lace, or any piece of fabric that has significance to the couple.

They will then clasp or hold each other’s hands (though just one hand each is also perfectly valid) while the ‘cord’ is then tied around them. There is no fixed way of doing this though the popular trend is currently towards tying an infinity knot.

Another traditional feature of this ceremony is the couples writing their own vows, something that has been adopted in a lot of more formal weddings recently.

Although this is often seen as a Pagan ceremony, there is no need to go looking for the number of your local druid as handfasting is now seen in many secular and Christian ceremonies.

This is another ceremony where the bride and groom and connected by a single piece of fabric, but this time it’s a traditional headdress made from a single piece of cotton. This is to signify the joining of the couple and it would have been blessed prior to the ceremony taking place.

The groom is placed on the right of the bride and they place their hands, palms together above flowers placed on a special water pouring table. The most honored guests then pour water on their hands using a container filled with holy water, where it then runs off onto the flowers.

This service is most common in Thailand and couples wishing to be part of an authentic ceremony will travel there for their big day. This type of Buddhist ceremony has had many fans in the celebrity world, with both rumors of both Kate Moss and Madonna making this ritual part of their nuptials.

3. Jumping The Besom (Or Broom)

This is another Celtic ceremony that is already part of a long tradition so can be easily integrated into an otherwise standard wedding ceremony.  A besom is a type of broom made by tying twigs to a pole (if you’re not with me, just imagine a ‘witches broom’ and you won’t be too far out).

This can be done either at the church or whatever type of celebration you have afterward. Like most traditions, the right way of doing it will vary according to who you ask. The most common way is for the broom (besom) to be simply placed on the floor and the bride and groom leap over it, usually hand in hand, into their future together.

Another way is for the broom to be placed on the threshold of the marital home and the groom bride takes turns to leap over it, with the higher the leap indicating a strong marriage. Another development is to jump over a fire and then over the broom to signify a burning away of the past but that is very much open to interpretation.

All of this is very good, steeped in history and very traditional. But, if you can’t really picture Aunty Mabel wanting to spend your wedding day stood in a field with flowers or feathers in her hair, then perhaps instead of going left field, you might just want to go bigger.

OK, before we go any further on this one – no, Captains cannot perform wedding ceremonies. Well, not just by virtue of being Captain anyway. If, as well as being Captain they happen to be one of the people entitled to perform weddings (there’s a full list a bit later on) then all good, but otherwise it’s all just a figment of Hollywood’s imagination.

Now we’ve got that out of the way, it’s clear that a private yacht wedding, is not so much about how you get married, but where. When that ‘where’ is a private yacht, it can be very impressive indeed. Many of the companies that provide this service for your big day will have a small fleet of yachts, all of which you would normally associate with a millionaire lifestyle.

If you can imagine the type of vessel that can cater for between 50 and 300 guests in ‘once in a lifetime’ luxury then you have a decent measure of what is available. This level of service offers complete and inclusive packages so it literally is plain sailing.

If didn’t necessarily want the ‘something blue’ on your wedding day to actually be the sea, here’s a suggestion for something almost as opulent that is available on dry land.

A number of ancestral homes, palaces, and castles (if you live in a country that has castles) can be hired for your big day, or for the whole weekend where they will double as the hotel as well.

When I say hire the castle, I don’t mean a wing or a room for the reception, I’m talking about the entire castle. Every keep, turret, and tower will be there solely for your guests to enjoy, with the only other people around being the staff tending to their every need.

Not every castle is for hire, and you need to pay attention to locations (for instance Leeds Castle in England is actually half the length of the country away from Leeds) but the pomp, ceremony, and history will add an extra dimension to your wedding day.

6. Get Married In Space

Not ‘one for the future’ as you might think. Yuri Malenchenko got married in space as he floated 250 miles above his bride to be in a ceremony that took place via satellite link between Houston and the International Space Station.

More than one couple have also had a zero-gravity or ‘weightless’ wedding by getting married on the infamous ‘vomit comet’ airplane that rises to 34,000 ft then drops to create the effect. Not many people’s idea of a great day out, but definitely memorable, if only for the wrong reasons.

If your vision of a space wedding is everyone floating above the Earth in a spacecraft while the traditional ceremony takes place then yes, that might be a way off yet. It was thought for many years that Richard Branson might be the pioneer of projects such as this, but in more recent times it looks like if you do have any ambitions to tie the knot in orbit, it’s probably a good idea to keep an eye on what Elon Musk is up to.

So, a handy range of alternatives to walking down the aisle at the local church, then speeches, food, and presents at a cozy venue down the road. They might not all be your cup of tea, but considering one of them might bring an extra dimension to your wedding day.

Steps To A Successful Career Change 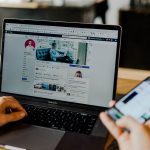 Want To Gain Some Popularity? Increase Your Facebook Likes