With water covering more than two-thirds of the planet’s surface, it’s no secret that the oceans are important to the earth. Why are the oceans so important to human life? The oceans house some of the biggest creatures in the world, but the waters do so much more for the earth.

Fish, sea plants and other creatures provide nutritious food. It’s estimated that the ocean provides about 16% of the animal protein consumed globally. Edible sea plants are becoming more important to the food industry. The oceans can be a sustainable source of food for the growing population of the world. If you’ve enjoyed tuna, salmon, shrimp, sushi or lobster, it’s thanks to the waters of the ocean.

The Oceans Create Billions Of Jobs

From whale watching in San Diego to mineral resources and fishing, aquaculture supports millions of jobs around the world. Some 90% of the world trade relies on transportation via water, including the oceans, seas and Great Lakes. The oceans support tourism, sports and holidays, leading to even more jobs. Not only do many creatures live in the ocean, it supports many humans, even those that don’t live near the coast. The socioeconomic benefits are a lifeline for much of the world’s population.

The Oceans Help Us Breathe

The oceans are responsible for over half the oxygen you breathe. Phytoplankton are tiny organisms that contain chlorophyll. Just like plants on land, these organisms capture sunlight and convert it into energy, which produces oxygen. Phytoplankton also consume carbon dioxide. These little organisms are microscopic. Most people don’t remember their science classes, nor do they see phytoplankton, so it’s easy to forget their presence, but they’re super-important to the earth’s atmosphere.

The oceans are vital to the climate. The water near the equator soaks up the heat and moves it toward the poles, while taking the colder air from the poles and moving it toward the equator. This keeps the weather from being so extreme in certain locations. The oceans absorb CO2 to balance temperatures throughout the earth. Most of the rain that drops on the land comes from the oceans. The oceans control the climate more than most people think about.

Water Connects You To Nature

The ocean has therapeutic properties. Water makes us happy and feel at peace. There’s a reason so many people vacation at the ocean or near water. Water can improve your mood and reduce your emotional stress. San Diego private sailing tours can change your outlook in just an afternoon as you enjoy the beautiful environment. You can put down your electronic devices and just enjoy nature. Experiencing the water can give you a new respect for the oceans and why it’s so important to take care of them.

Celebrate your life with a private sailing tour that takes you out on the ocean to remember the vastness of the earth. You’ll experience whales, sea lions and other marine animals that remind you that there’s more to life than viruses, work and responsibilities. Schedule your trip now. 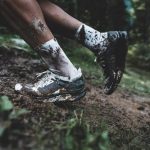 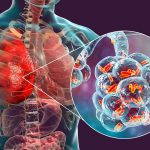 Why Should You Choose Legionella Risk Assessment Scotland?

Freshman’s Guide To The New Hampshire

Top 3 Destinations To Consider For Your Next Boat Vacation