If you are looking for something unique and fun to watch, you might try the reality music show The Masked Singer for its mystery, music, costumes and surprise.

On each episode of The Masked Singer, four to six celebrity contestants arrive on stage to perform a short song. These contestants are all in costume, so viewers, the in-

studio audience and the panelists have no idea of their identities. A taped interview of each contestant is also shown. This features an interview with the contestant (although his or her voice is disguised). Hints are given before and after the performances as well. The mystery is set.

As the episode continues, the panelists, Robin Thicke, Nicole Scherzinger, Ken Jeong, and Jenny McCarthy Wahlberg, discuss the clues and performances and speculate on the contestants’ identities. Then the panelists and the audience members vote for their favorite contestant. The contestant with the fewest number of votes reveals his or her identity at the end of the episode. But the mystery is only partly solved, for the other singers remained masked.

The Masked Singer is also appealing for its music. Each contestant sings an initial short piece, but sometimes they also sing together as a group. Further, they perform at various times throughout the episodes, filling the show with melody that makes viewers want to sing along.

The contestants on The Masked Singer are dressed in full costume, and these costumes are well-designed, creative and extremely elaborate. Viewers have fun simply seeing how the contestants will appear in each new season. Costumes have ranged from everything to the sun with an elaborate golden gown to a cat who looks like a showgirl to a cupcake. Other contestants have taken the stage as a debonair frog, a pink and yellow caterpillar, a pink clad crocodile in a hat and a taco. These extravagant costumes, designed by Marina Toybina, usually require a team of 15 people and at least two months to make.

Viewers of The Masked Singer can take great delight in making their guesses about the identity of each contestant. However, as closely as they listen to the performances, as meticulously as they analyze the clues or as carefully as they consider the contestant interviews, sometimes they are still surprised. This, too, is part of the show’s appeal. When the big reveal happens, viewers get to exclaim, “I should have known!”

Indeed, if you are looking for a show to enjoy that combines just the right touches of mystery, music, costume and surprise, then The Masked Singer may be just right for you. 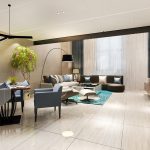 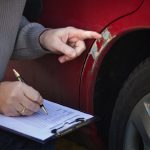 3 Benefits Of Getting A Paintless Dent Repair Today