Some entrepreneurs are hesitant to enter new markets, and who could blame them? Whether you’re putting your own money on the line or that of an investor, it’s risky to go into business in an unfamiliar space. What happens if you fail?

While these are legitimate and reasonable thoughts, there are also many benefits to starting a business venture in a new market. In addition to profitability, new markets carry a number of additional upsides.

Let’s talk about those upsides and discuss why your new business venture should be in a new market.

What Do We Mean By *New* Markets?

When we talk about new markets, we’re talking about industries that don’t yet have a high demand. Or, they don’t have as high of a demand as they’re predicted to have in the future.

Artificial intelligence, for instance, does have a high demand, and many of the apps and devices we use every day rely on it. But your average entrepreneur isn’t likely to start an AI business just yet. In fact, out of the 525,000 software companies in the United States, there are few more than 2,000 AI companies.

That means there’s a lot of opportunity for brave entrepreneurs!

Other new markets include blockchain/cryptocurrency, biotechnology, self-driving cars, video streaming services, and CBD. Basically, if it’s something that’s only started to become a reality in the past five or ten years, it’s probably considered a new market.

Some new markets don’t even have a name yet, but that shouldn’t stop you from starting a business in that space!

The Benefits Of Starting A Venture In A New Market

Okay, now that we understand what new markets are, let’s talk about why you should consider starting a business in a new market.

1. Get A Head Start On The Competition

New markets give you the opportunity to make a name for yourself in a particular industry before it gets flooded. Instead of jumping into the game too late, you can establish yourself as a trailblazer, corner a segment of the market early, and make your name synonymous with the industry before most people even know about it.

The word “Google,” for example, is so synonymous with search engines that it’s a verb in the dictionary (meaning “to search for information on the World Wide Web”)!

Of course, it wasn’t always like that. When the company started in 1998, most people weren’t familiar with the internet, let alone search engines. But because they started early, the Google team was able to carve out a spot so deep in their industry that it’s hard for other companies to compete.

Some people may not even be aware that other search engines exist!

2. Take The Chance To Innovate

By the time a market is saturated, consumers get used to doing things a certain way. Thus, it becomes harder and harder to innovate in that space.

Take Uber, for instance. When the company started innovating on the business model of taxi cabs in 2009, they had very little competition. This gave them the opportunity to experiment with all kinds of new features and ways of doing things.

Today, however, most other rideshare companies simply copy Uber’s business model. Sure, some companies iterate on the idea and make tiny adjustments to ridesharing, but it was Uber that really set the standard.

And, again, Uber really got a head start on their competitors. While there are nearly 100 ridesharing companies around the world today, Uber remains the most popular. That’s good news for them, too, considering that the ridesharing industry is set to be worth $209.6 billion by the year 2025.

Good thing they took a risk and jumped in early!

Not every region needs your products. If your e-commerce store sells winter jackets, for instance, you probably won’t sell much to people in Southern California. But, if you’re working with new and innovative materials, you could create other products to reach that demographic.

One company that did this successfully is Red Bull. Only 33% of consumers aged 18 to 29 claim to drink them regularly, but that’s not the only space Red Bull works in. To reach a larger number of people (both energy drink drinkers and non), they expanded into the content and media space. Now, they produce TV shows, movies, music, and even books in addition to their sugary drinks.

So, even if you aren’t into the sweet taste of a Red Bull beverage, you could still end up supporting the company by purchasing tickets to one of their music festivals or watching one of their streaming shows. The media branch of their company is currently worth $2 billion alone, so it seems that people have taken to it!

Afraid to enter a new market? Don’t be! While there is a risk of failure, that risk exists in every industry.

If you’re successful enough to have built a business in one market already, you probably have what it takes to expand into another market. So, start researching emerging markets, put on your innovation cap, and get to brainstorming.

With some strategic thinking and hard work, you could be the next leader of your chosen industry. Add it to your list of career goals for this year!

Caitlin Sinclair is the business manager at Harvest at Fiddyment Ranch, an apartment community in Roseville, CA. 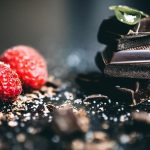 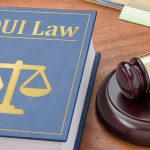 4 Ways To Get Rid Of DUI Charges

A Guide On How To Gain Building Control Approval

Elements Of A Good Remodeling Contractor

5 Digital Tools To Help With Your Construction Work