Incredibly, there are 170 individual currencies and counting in the global forex market, with these commonly traded in pairs and as derivative assets.

Interestingly, the value of individual currencies are now influenced by a range of market and socio-economic factors, creating ample opportunity for speculation and enabling even part-time traders to profit as market sentiment declines.

In this post, we’ll look at why international currencies have different values, and ask how this benefits investors across the board.

Why Do Currencies Have Different Values?

Historically, currency values were pegged to the value of gold, with the so-called ‘gold standard’ setting a fixed price buying and selling in the real-time marketplace.

This valuation method was subsequently superseded by the Bretton Woods system, which kept the US dollar (USD) pegged to the value of gold and required all other international currencies to attach themselves to the greenback.

Things have changed considerably in the contemporary market, however, with all currencies now categorised as fiat money that derives its value simply from the faith that other parties will accept it across the globe.

Now free from the influence of gold or the greenback, international currencies are also at the mercy of the market and various socioeconomic factors (such as inflation and base interest rates). This is why each one has a different valuation in real-time, as prices shift in accordance with supply, demand and the status of international currency reserves across the globe.

Liquidity also impacts on the value of individual currencies, as this refers to the ease with which assets can be bought and sold in a specific market.

In the case of exotic pairs like the USD/ZAR, for example, we see the world’s most dominant and established currency paired with an emerging market alternative. Thanks to the volatile and exotic nature of the South African rand, this currency carries naturally lower liquidity levels than the USD, triggering more volatile price movements and shifts over time.

What Are The Different Types Of Currency?

This is clearly beneficial for traders, who can carry out an MT4 download and monitor currency prices in real-time before executing orders and potentially profiting from short-term volatility.

Such profitability simply wasn’t possible under previous trading systems, which pegged currencies to single assets and caused them to trade in ever-depreciating ranges over time.

The potential profitability of modern-day forex trading is also aided by the categorisation of currencies in 2021, with major, minor and exotic assets offering various risk profiles.

There are eight major currencies in the market, for example, namely the USD, Euro, British pound, Japanese yen, Swiss Franc, Canadian dollar, Australian dollar and the New Zealand dollar. The USD is combined with each of these to create seven major pairings, which together account for 68% of the forex market’s total daily trading volumes.

Minor pairs comprise the second category and combine all major assets apart from the USD, with examples such as EUR/GBP and GBP/JPY particularly popular examples in the marketplace.

As for exotic pairs, these combine the USD with a variety of emerging market currencies such as the ZAR and Thai Baht. These pairs are commonly targeted by risk hungry investors, as a result of their volatile price shifts and potential to deliver sizable returns.

In these instances, variable and market-regulated currency values are highly beneficial, as they provide a wide range of assets to suit different outlooks and risk profiles. 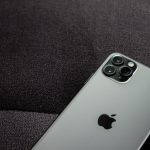 11 Awesome Facts About iPhones That You Need To Know 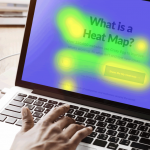 5 Key Facts You Need To Know Before Using A Heatmap

Financial Planning For Children In Canada: 7 Tips From Experts