What device are you using right now to browse the internet and read this article? If it is an iMac, iPad, or iPhone, you are in the right place!

As an Apple user, you probably love your device and use it every day, but how much do you really know about Apple? Read on to learn 11 interesting facts about iPhones that smartphone users will enjoy.

1. It Was Originally Meant To Be A Tablet

One of the main facts about iPhones that most people aren’t aware of is that the first model wasn’t going to be a smartphone at all. In fact, Steve Jobs wanted to explore touchscreen tablets instead.

There were no touchscreen tablets at the time, so Jobs wanted this idea to finally come to life. However, he ultimately decided that a new device may not find success.

He then told his engineers to take the same design and make it into a smartphone. Later, the iPhone was born.

Of course, after iPhones became the next big thing, Apple went back to the touchscreen tablet idea and made the iPad.

2. The Name iPhone Was Already Used

After some time, Cisco Systems bought the InfoGear Technology Corporation. Once Apple released their iPhone, they were sued by Cisco Systems. A little over a month after the Apple iPhone was introduced, both parties settled the case.

What is 9:41 and how does it relate to iPhone? Perhaps one of the most fun iPhone facts is that every picture of iPhones on an advertisement has the time set to 9:41.

If you haven’t noticed this, there is a cool story about it that you’ll want to hear.

When Steve Jobs announced the iPhone in California, the time was 9:42. They knew what time the unveiling would be and set the time to 9:42 in the slideshow.

But, why is the time 9:41 on iPhone advertisements? When the iPad was announced, the time was 9:41. Since then, the time has been set to 9:41 and it is no coincidence to see that time on all Apple advertisements.

On the day of the launch, thousands of people waited outside stores to get their very own iPhone. Two models were released that differed in storage and price.

Within just an hour of the release, most stores reported a stock shortage.

The best-selling tech product in 2020 was the iPhone. This was no surprise as it was the top-selling product the previous year as well. However, it topped the number of sales in 2019.

The demand for the iPhone in 2020 is interesting as many people became unemployed due to the pandemic. Apple introduced four new iPhones in 2020 and many sought them out as it helped them work from home easier.

6. iPhone Is The Most Popular Apple Device

iPhone technology was one of the best things to come out of Apple and it shows as it is the most popular device among other Apple products.

Billions have been spent on iPhones by consumers. When a new iPhone gets announced, many seek it out even if their old one is just fine.

Another one of the best iPhone facts is that Apple started the pre-installed app store trend. Many are unaware of this because most smartphones come with an app store.

Apple was the starter in allowing consumers to search and download apps from a store legally on their iPhone.

8. You Can Recover Deleted Texts

If you want to recover iPhone messages that you regret deleting, there is a solution for you! In fact, there are several ways you can recover and see these messages again.

Every way to get your texts back includes looking for your backups. Your iPhone should automatically backup when space is available.

You can read more about recovering deleted messages at this link https://setapp.com/how-to/how-to-recover-deleted-text-messages-on-iphone.

One of the main reasons for the success of the iPhone is that Apple bases its technology on user optimization. Other smartphone creators, like Android, focus on customization instead of optimization.

To create the best user experience, Apple made a smartphone that is easy to use. You don’t have to be familiar with technology and gadgets to understand how to use an iPhone. This is why you see people of all ages owning them.

All of Apple’s devices begin with an “i”, but why is that? When the iMac was announced to the world in 1998, Jobs states that the “i” stands for internet.

Internet wasn’t something new at this time, but accessing the internet was easy with Apple devices. As more Apple products rolled out, Jobs noted that the “i” also stands for instruct, individual, inspire, and inform.

11. iPhone Was Meant To Have A Plastic Display

Steve Jobs announced the iPhone in 2007 with a plastic display. We all know the released iPhones came with a corning gorilla glass display, so why the change?

Shortly after the announcement, Jobs noticed the plastic display accumulated scratches on it just by being in his pocket. To combat this issue, Jobs changed the display to a glass display so that it would ship without problems.

Facts About iPhones Every Apple User Should Know

Despite getting released in 2007, iPhone has done very well as it continues to dominate the market. Every version of the iPhone comes with the same durable aesthetically-looking design and the newest software to keep their technology fresh.

We hope all of the Apple users out there found these facts about iPhones very interesting. Share what you’ve learned with other Apple lovers and come back for more great articles on our blog! 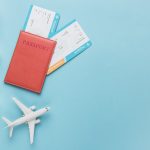 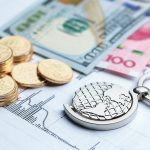 Why Currencies Have Different Values & Is This Beneficial?