People who are used to transferring money using services like Google Pay and PayPal know that money transactions happen in less than a minute. However, it isn’t the same when one uses cryptocurrency to transfer funds. Are you wondering why? It is so because the decentralized payment system faces a few issues with processing the payments quickly. That is why people who use this payment mode always look for the fastest cryptocurrencies in the market. A few factors that determine the speed are:

Multiple factors can affect the speed of a cryptocurrency. But out of all the cryptocurrencies that exist, which are the fastest ones? If you have been trying hard to find an answer to this question, read this article because we have covered everything here. Stay hooked until the end!

NANO was launched in the year 2017. Initially, this cryptocurrency was known as Raidblocks, but later it was changed to NANO. This coin is the fastest and hence, tops our list. NANO takes around just 5 to 10 seconds to confirm payment and deliver it. Some of the renowned exchanges where you can use NANO include Binance, KuCoin, and Koinex.

NEO is the next fastest cryptocurrency on the list, which takes around 15 seconds to deliver payment. It is quick enough to process about 1000 tx per second. The name is often known as this cryptocurrency of ETH killer because of taking over its popularity. However, we believe people prefer NEO over Ethereum because of its superb speed, and hence, NEO cannot be blamed!

Even though PIVX does not transfer the funds in seconds, it still makes it to the list of the cryptocurrencies with the fastest transaction speeds because it delivers money within a minute. PIVX prefers the proof of stake coin in place of the evidence of work coin. We think this is the reason why this cryptocurrency is highly valued in the global market.

Monero has gained immense popularity among people due to its anonymous policy. But another reason why everyone seems to love it is because of its fast payment delivery. Monero takes around 2 minutes to deliver money from one block to the other. The block size of Monero keeps on changing, and the size depends on the network volume.

Dash is known as one of the oldest and most popular cryptocurrencies that follow the master node governance. As per the recent reports, the transaction time of Dash is around 2 minutes and 40 seconds, which is pretty fast compared to the other varieties. Users prefer this cryptocurrency because of its quick transaction speed and high security. As it has been in the market for a long time, there are no concerns related to the reliability of the coin. It had a 1 MB block size which was increased to 2 MB recently. Dash’s average transaction speed allows it to process 56 tx per second.

We hope now you know about the fastest cryptocurrencies that deserve your attention. Apart from these, you can also try ZEC to XRP convert as it is pretty speedy and is preferred worldwide. Whichever cryptocurrency you use, it should be fast and secure. So, which one will you choose from the list? We cannot wait to know! 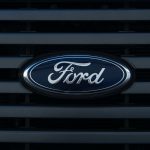 Ford Ranger: Should You Have This Pick-Up Truck Or Not? 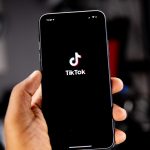 A Complete Guide To TikTok Analytics

Top 3 Crypto Rivals: How Different Is One From The Other?

Dos & Don’ts Of Using A Credit Card In Hong Kong