Thanks to a number of factors — including the betting industry, multi-billion dollar television contracts, ticket sales, the rise of social media and sponsorships — the NFL is consistently achieving record-setting revenue numbers.

A 2018 ruling by the Supreme Court allowed U.S. states to legalize gambling. This ruling, predictably, has been a massive financial victory for the NFL over the past three years.

Since 2017, we get to see large states like Pennsylvania allowing legal sports betting, here bettors can make the most out of the NFL and more states are joining what it seems one of the most profitable markets for within the sports industry.

Before the start of the 2021 season, the Washington Post reported “The NFL and its teams expect to generate about $270 million in revenue this year from their sports-betting and gambling deals, according to a person familiar with the league’s finances.”

NFL Chief Strategy and Growth Officer Christopher Halpin told the Washington Post “You can definitely see the market growing to $1 billion-plus of league opportunity over this decade.”

Research from the American Gaming Association found that 45.2 million Americans plan to bet on NFL games in 2021, which would be a mammoth 36-percent increase from 2020.

If the trend of increased betting on NFL games across the United States continues, the league will keep raking in even more revenue.

After the 2020 season, the NFL agreed to a massive 11-year television contract worth over $100 billion with CBS, ESPN/ABC, NBC, FOX and Amazon.

“These new media deals will provide our fans even greater access to the games they love,” league commissioner Roger Goodell said following the agreement on the television deals per CNN. “We’re proud to grow our partnerships with the most innovative media companies in the market.”

As a comparison, the NHL’s new seven-year television contract with ESPN (which begins this upcoming season) is reportedly worth about $400 million annually. Their deal with Turner Sports (also seven years in length) is worth $225 million a year.

The NHL simply doesn’t have the same following as the NFL, hence why the ESPN and Turner Sports deals were a fraction of the price for the NFL’s $100 billion-plus TV contract.

All 32 NFL franchises divide the television deal equally. As previously noted by Justin Birnbaum of Forbes, every club will earn $321 million annually through the massive TV deal.

This is a huge boost to small market teams like the Jacksonville Jaguars and Cincinnati Bengals — clubs that consistently rank near the bottom of NFL attendance and lack strong followings outside of their respective locations.

Thanks to these massive television contracts, the NFL has been able to increase the salary cap, and that obviously means more money for the players.

Along with the salary cap and player salaries, ticket prices across the league continue to go up. The Raiders’ relocation from Oakland to Las Vegas has been a massive boom for the league, economically speaking.

The 2019 season, the last that wasn’t affected by the COVID-19 pandemic, scored the league a whopping $16 billion in revenue. Despite massive losses last season because of the pandemic, the league reportedly made around $12 billion last year.

That’s quite impressive when you consider how much the league was affected by the major drop in ticket and concession sales.

With all 30 NFL stadiums open at full capacity again, the league promises to enjoy giant surges of revenue in 2021 and beyond compared to 2020. The ticket sales and concession sales.

It’s worth noting that SoFi Stadium (a capacity of 70,000) is much larger than Dignity Health Sports Park (27,000), which served as the Chargers’ home from 2017 to 2020. So the Chargers should enjoy great increases in gate revenue now with a larger and brand new stadium.

The fact that both Los Angeles-based NFL teams have emerged as contenders should only help grow the local following and ticket sales/prices, too.

And with NFL television ratings increasing for the most part, that means the demand for ticket sales won’t be going away any time soon. If anything else, the demand and ticket prices will only grow. 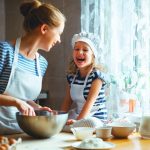 8 Mommy-Daughter Activities For The End Of The Year 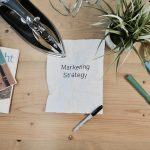 Differentiating Your Business In A Crowded Market