Essentially, the eating disorder is but a manifestation of a much bigger problem, which may be linked to how a person perceives themselves in relation to their body. Those with eating disorders may not think that there is something wrong with their habits, but it would soon catch up on their physical appearance. It can take a very long while for family and friends to realize that something is wrong, however, because the symptoms can be easily kept a secret for as long as they are willing to hide it from others.

The good news is that eating disorders can be treated, especially if they are caught early on. That’s why it’s especially crucial to watch out for telling signs in case you suspect a loved one who may secretly be suffering from an eating disorder.

In some cases, an intervention may even become necessary just to get them the treatment they need. If so, make sure to be ready with an arrangement in a rehab facility such as Ocean Recovery (http://oceansrecovery.com/). Meanwhile, here are some of the more common eating disorders you need to know about so you can better look out for your or your loved one’s welfare.

Otherwise simply known as anorexia, this eating disorder pertains to the condition wherein the person perceives themself to be overweight. They develop this obsessive need to lose this imaginary body mass by refusing to eat, even though they are already dangerously thin.

A person suffering from this condition may exhibit certain symptoms, such as being extraordinarily thin and underweight, to the point of obvious malnourishment. Their eating patterns are also extremely limited, controlled by this overwhelming irrational fear that they will gain weight. They may also exhibit low self-esteem, as well as a heavily distorted body image.

Bulimia nervosa involves binge-eating, or the sudden intake of an unusually large amount of food within a limited timeframe. What makes it different from simply binge-eating, however, is that the individual will try to purge themselves of the food they just ate.

They purge, driven by the guilt of the calories they consumed to the point of getting physically sick. Some have described the experience to be like fog-eating, which means they kept stuffing themselves with food with almost consciousness or realization of how much they’ve had already.

The most common method of purging involves forced vomiting, but may also entail the use of diuretics, enemas, laxatives, fasting, and even excessive exercise.

This type of eating disorder is different from all others in the sense that it does not involve actual food. Instead, the objects of craving usually take on non-edible items such as paper, chalk, crayons, soap, hair, and others.

Pica is very dangerous because it can lead to poisoning, oral injuries, as well internal injuries. In some cases, depending on what was ingested, it could even prove fatal. Usually affected are people with mental disabilities, young children, and pregnant women. 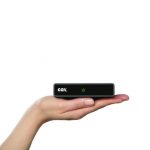 How To Get A Lower Cox Cable Price? 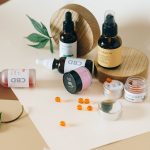 3 CBD Solutions To Help You Get Through The Week

How To Keep Stress Levels Low While Job Hunting