Whether you love the unknown, the unexpected, and the mysterious, or you are an avid science enthusiast, UFOs have been a hot topic of discussion for many years, and there are no signs of that fascination slowing down. If anything interest in life ourside our planet is only growing.

If you are new to the world of UFOs or are even an expert in all things alien, you will be sure to enjoy reading this piece that will give you the lowdown on Unidentified Flying Objects.

UFO stands for Unidentified Flying Objects, an acronym that was adopted to swiftly describe strange sighting. These objects are perhaps more commonly referred to as spaceships, spacecrafts, or flying saucers. The first well-known recorded sightings of these unidentified flying objects date back to 1947 by a businessman named Kenneth Arnold and continue to be reported!

Some speculate that these UFOs are actually vehicles for aliens traveling from other planets or worlds. This is due to the fact that the shapes of these vessels are unlike any aircraft that humans have seen before!

What Is The Science?

While there are not many scientific explanations or studies that have been conducted on Unidentified Flying Objects, there have been some, and it does appear that they have not been put on the back burner for good.

A couple of observations that have already been made include that ‘studies need to have as much physical evidence as possible’, and that the answers to unidentified flying objects will have a complex answer due to their complex nature. In 1998, scientists worked with the UFO community to further investigate these phenomena and said the research was valued. Now, in the 21st Century, scientists are discussing how best to research UFOs and UAPs (Unidentified Aerial Phenomena), and governing bodies are participating in the ongoing study by doing their own research too.

While there have often been theories about how much governments know about aliens and UFOs, there is certainly a new buzz of forthcoming information on research, ideas, and other UFO related happenings.

Most recently, there have been UFO sightings that the U.S. government have confirmed have not been built by the U.S., including the programs that the U.S. Government or The Pentagon runs. The exchange of conversation during these sightings was recorded!

What Is Next For UFOs?

Since The Pentagon, the U.S. Department of Defense has gone public with multiple videos of objects moving at an impressive speed with incredible agility; sourced by U.S. Navy sources themselves, the interest around aliens and their aircrafts has skyrocketed. While this interest has been present for decades, we are now in a position where funded specific programs are looking into these magical and mysterious happenings, along with a certain amount of transparency about their findings to the public. This goes a long way to validating those who were believed to just have a ‘tin foil hat on’, and with technology advancing as quickly and spectacularly as it is, who knows what we will find! 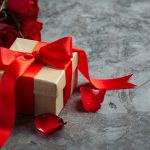 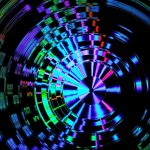 The Benefits Of Wine Club Membership

Facts About Mobile Restrooms That Will Blow Your Mind

What Is Crypto Portfolio Automation? How Traders Use Bots To Make Money