According to ESPN, the WNBA season had its most-watched opening weekend since 2012, with an audience of 540,000 tuning in to see the action. However, the increase in viewership should come as no surprise.

The women in the WNBA have been a part of a global transformation of the women’s basketball landscape for many years. The aim was to be able to play professional basketball like men in the NBA.

After many tribulations, the WNBA was created and has evolved into the product we see today. Continue reading if you’re interested in learning about the history of the WNBA.

Before we can discuss the history of the Women’s National Basketball Association, it’s essential to understand the progression of organized women’s basketball.

Dating back to 1972, large-scale women’s basketball was underway, with the Association for Intercollegiate Athletics for Women naming its first basketball champion. Afterward, in 1978, the WBL was created but folded after three years.

In 1982 the Women’s NCAA tournament launched, and Lousiana Tech took home the first title. But after their collegiate careers, these women had nowhere to play domestically.

They had to settle for international leagues like Russia Women’s Basketball Premier League or Australia’s Women’s Professional Basketball League.

What Sparked The WNBA’s Creation?

The Olympics were slated to be held in Atlanta during the summer of 1996, and pressure was on to win gold in women’s basketball. Although there were no domestic leagues, many players developed at Division I schools.

So finding talent was no problem; it was playing as a unit. Thus, in 1995 the US Women’s team embarked on a 52-game basketball world tour, playing games in countries such as:

They also played against some of the top collegiate programs in America, and as a result, media coverage grew, sparking popularity in the women’s game. However, behind the scenes, others were working on getting the WNBA off the ground.

The Founding Of The Women’s National Basketball Association

In 1995-1996, NBA Commissioner David Stern was one of the major players in creating the WNBA. Along with the NBA Board of Governors, the creation of the WNBA was approved in 1996.

At the same time, the US Women’s team went 52-0 in their tour and went 7-0 in the Olympics. By beating Brazil, which knocked them out in the 1994 World Championships, the US was able to claim gold and redeem their loss.

In the following days, David Stern appoint Val Ackerman to be the first president of the WNBA on August 7th, 1996. The season was going to begin in less than a year.

Olympic players Lisa Leslie, Sheryl Swoopes, and Rebecca Lobo channeled their Olympic popularity into the “We Got Next” campaign announcing the arrival of the WNBA.

Who Were The First WNBA Teams?

Initially, the WNBA had eight teams. They were:

Each got paired with an NBA team already established in that city. Doing so helped WNBA teams take advantage of media coverage, facilities, and the fan base.

However, the WNBA would play its games in the summer months to avoid conflict with the NBA schedule. It also allowed WNBA games to have the sole spotlight throughout the summer since not many professional sports were on.

The WNBA first had an allocation draft where established superstars were paired with various franchises. Lisa Leslie, Sheryl Swoopes, and Rebecca Lobo were the first three women to sign with the WNBA.

They were paired with the Los Angles Sparkes, Houston Comets, and New York Liberty, respectively. Some international standouts were also drafted to the Utah Starzz and Phoenix Mercury.

What Happened During The First Season?

The first WNBA game was played on June 21st, 1997, at the Forum in Los Angeles, where the Lakers also played at the time. The game was a classic East vs. West coast matchup featuring the Los Angeles Sparks and the NY Liberty.

It was a tight contest, but the Liberty ended up winning with a final score of 67-57. Over the next two months, the eight teams played in 28 regular-season games until August 24th.

The playoff consisted of four teams, which were:

How Has The WNBA Progressed Today?

The WNBA has produced many household names such as Sue Bird, Diana Taurasi, Candace Parker. They’ve all been staples in pushing the women’s basketball scene forward.

The 2020 WNBA Finals saw its highest viewership total when they were competing with other sports. It was a 15% increase from last year’s ratings.

Furthermore, 2021 marks the 25th anniversary of the inception of the WNBA. To celebrate, the WNBA is conducting season-long celebrations paying homage to all those who have made the league what it is today.

Betting on WNBA games has also become more popular. Before, it seemed taboo to bet on women’s basketball. But due to the increasing popularity of the women’s game, more people are satisfied with their WNBA picks.

The History Of The WNBA Is Vital To Sports

Hopefully, you have a better understanding of the history of the WNBA. Due to its creation, many women were able to play basketball professionally without going abroad.

With more visibility, the popularity of women’s basketball has grown in young. As a result, the WNBA has grown into a global powerhouse and will continue to grow for years to come.

If you would like to learn more about WNBA history, feel free to read our other content. 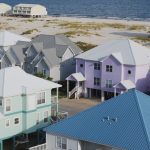 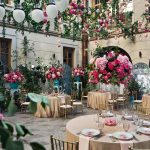 15 Summer Wedding Ideas We Can’t Get Enough Of