Since the World Wide Web emerged in 1989 it has completely changed our world. Interconnectivity has taken on completely new roles in our society. Information can be accumulated in never-before-seen quantities. The membrane separating the human brain from the artificial singularity – so beautifully speculated upon by Azimov in ‘The Last Question – has grown thin.

The internet has evolved, and with it the design of websites has changed beyond recognition. Web design has gone through three distinct stages alongside the evolution of the internet – 1.0, 2.0 and 3.0.

Web 1.0 design is instantly recognizable. Walls of text are the main source of information on these sites, often in – gasp – times new roman or comic sans.

The design ethic of web 1.0 sites might seem archaic today, but there is a reason why these sites looked the way they did. They were essentially online representations of magazine and newspaper designs. The immense utility of the internet had still not been grasped by many people, and so many companies and enthusiasts simply tried to replicate the inaccessible successes of print design.

Today, there are quite a few striking web 1.0 sites left on the web. They range from the eerie remnants of the Heaven’s Gate cult website to the bizarre crankiness of the Space Jam film site.

Web 1.0 sites were often limited in their interactivity and did not contain easily updatable or modular elements.

Web 2.0 site design is currently the dominant and most recognizable form on the internet. Web 2.0, however, is not very easily definable. At its core, web 2.0 is a very wide set of defining features largely based around the interactivity and accessibility potential of information.

The term was first coined by O’Reilly Media in 2004, who wanted to differentiate sites that were created after the 2000s dot com crash from those that came before. Since then, however, it has come to represent the highly interactive design of social media sites, as well as the modular design of shopping and blogging websites.

Creating a good web 2.0 site design can be rather tricky. Success depends upon design skills geared towards modularity and accessibility. Hiring a good branding company with experience in web design can help create a great public face to your company on the internet.

If you don’t want to go down that route, purchasing a domain that offers modular site creation tools is a good option.

Web 3.0 is a very fresh field. It has yet to be clearly defined, but most people see it as an evolution of concepts surrounding information optimization. As such, there is a new wave of design trends that seek to compliment web 3.0’s functions.

A good example of a web 3.0 application would be Apple’s Siri. Siri exists outside of traditional ‘website’ forms, and yet it technically is a site, or at least a conduit for a search site. Siri’s design is that of being both subtle and all pervasive. It optimizes information gathering to the user’s needs by collecting data from the user and using algorithms to predict their needs without being prompted.  Its design is based on visual cues that indicate humanity and intelligence. 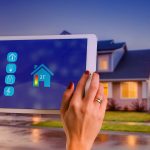 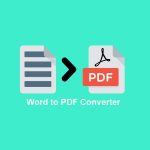