Ford Motor Company and Navistar International combined their efforts and designed the Power Stroke engines for heavy and medium-duty diesel trucks. These two automobile giants joined hands in 1982 when Ford thought of developing a dynamic and highly-durable diesel engine for its trucks to revolutionize the industry. Since the commencement of the Power Stroke engine, many different models have been manufactured.

2. Exhaust gas recirculation cooler gets weary in every Power Stroke engine. But it gets very weary, especially in the 6.0 version. The heat generated due to the power consumption and greater torque can pile up soot and smoke.

3. The engine oil cooler used is placed under the turbocharger and intake pipe. Due to this huge pressure, the coolant flow can be restricted to the exhaust gas recirculation cooler and results in the engine overheating. The pressure created can also rupture some of the components of the engine and might need permanent replacement.

4. Cylinder and bolt issues are very common also. Generally, the cylinder heads and bolts do not get clamped properly, leading to loose ends in the engine. This can lead to cracks and ruptures of some components if the engine is used while ignoring this issue.

This version of the Power Stroke engine had an embedded particulate filter. The particulate filter works by absorbing soot and dirt when the engine is running. After a certain time, the filter gets full and sprays off diesel to eliminate the extra soot and dirt. This process can lead to overheating and can spoil the diesel and oil quality. Increased temperature and other cracks can result in replacing the engine.

Ford highly upgraded the exhaust system in this model. The engine’s Exhaust Gas Temperature (EGT) sensors were always faulty, and Ford had to issue a replacement warranty for nearly every engine.

As some of the redundancies were sorted, some new problems did surface. As this engine is relatively new, there have not been many cases of problems arising. However, it is observed that the problem with the Exhaust Gas Recirculation system and the system cooler persists. 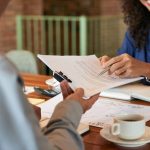 Why & How To Find Your Solicitor? 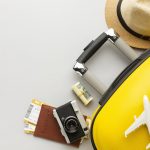