In Lake County, DUI or Driving Under Influence comes under class A misdemeanor, for which you may be fined up to $2,500 or imprisoned for up to 1 year. Your driving privileges may be revoked for one year, or your vehicle registration may be suspended.

So, if you have been convicted with DUI charges in Lake County, you must get in touch with a qualified DUI attorney who can help you take the next steps after receiving the charges. Nowadays, you can get in touch with reputed DUI attorneys available through websites like https://www.criminallawyer-chicago.com/lake-county-dui-attorney to appear on your side.

Here, you will come to know the steps to take after DUI charges in Lake County:

1. Driving Back Home After DUI Arrest

If you possess a valid license, you can drive for 46 days after your arrest. On the 46th day’s midnight, you will have your license automatically suspended. If you were charged in Lake County, the officer must have taken your license, but you can still drive your car without it. You must have received a ‘Notice of Statutory Summary Suspension,’ which you can use to continue driving your car.

Calling an attorney immediately after your arrest gives you enough time to fight your license suspension. A suspension hearing is held on the first court date, which is probably after the start of your suspension. Your attorney will require time to collect evidence, which may not be available after a few days of your arrest. So, instead of sulking and waiting for the right time, call a DUI attorney right away.

3. Filing A Petition To Fight Suspension

If you have received Driving Under Influence charges, there will be two separate cases: criminal charges and license suspension. For criminal charges, you are treated as innocent until you are proven guilty. For suspension, your driver’s license gets automatically suspended after 46 days of your arrest. You can get the help of a DUI attorney to file a petition and fight your suspension. Not doing that in time can increase your chances of having your license suspended.

4. Appearing In The DUI Court

The specialized DUI unit began in the 19th Judicial Circuit Court in Lake County in 1986. You have to appear for a hearing at every date in the court unless specifically permitted otherwise by a judge. However, this is very rare and happens in very few cases. You will also need special permission from a judge to leave Illinois state after your arrest until the case settles.

The police officer lists your first court date on your ticket and bond-slip. You have to appear in court on that date. Some cases take over a year to fight in Lake County; others take less. For most cases, you must plan at least 3-4 court dates for the trial. Since license suspension is the first thing that happens after a DUI arrest, the attorney will fight it first and then deal with the criminal charges.

The steps mentioned above can be confusing. Lake County, Illinois, has strict rules that you can’t get the hang of all alone. So, let a DUI charges attorney help you handle the case and turn the odds in your favor. 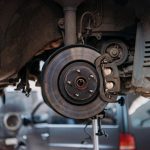 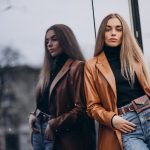 Top Things To Consider When Hiring A Lawyer

3 Tips To Choosing The Best And Most Qualified Criminal Lawyers To Help YOU!

What To Do After A Car Accident: Know These Essential Tips