Watching LeBron James slam down a dunk for the Los Angeles Lakers in an NBA game, or Green Bay Packers quarterback Aaron Rodgers avoiding the opposition pass rush prior to completing a touchdown pass in an NFL game, you probably aren’t thinking about downward facing dog or warrior pose.

Well, okay, maybe warrior pose might come to mind. James and Rodgers are two of the elite superstars in their chosen sports. They are safe bets at Las Vegas sportsbooks every year when it comes to a future book wager on the MVP in their league.

Both athletes are also practitioners of yoga. And they swear that their daily practice plays a significant role in them being so highly thought of by their peers on the playing surfaces of their professional sport.

“It is something that really can help your balance,” James told Cleveland.com. “I had some lower back problems a few years ago and once I started to do the yoga, it has helped them go away for now. Of course we can stretch but stretching only goes so far.”

While it’s often their physical well-being that first brings an athlete to the yoga mat, they soon learn that their practice is about a whole body experience. While stretching their muscles, they are also achieving peace of mind. Professional sports is a dog-eat-dog stress-filled existence. Every day, they must compete for their spot on the roster and overcome obstacles, both physical and mental, that are placed in their path.

Yoga goes a long way toward making that stress dissipate from their bodies.

“I’m really there for my flexibility,” Rodgers told the Milwaukee Journal-Sentinel. “That’s helped. But I think through yoga you learn some good mental disciplines, being encouraged to try and clear your mind.

“I think those are good mental activities, to turn your brain off, focusing on those moments.”

Rodgers, 37 and fresh off a win as the NFL’s 2020 MVP, intends to keep playing for a long time before he hangs up his cleats. He believes a regular yoga practice will play a vital role in completing that objective and enabling him to continue to be an effective performer as he moves closer to his 40th birthday.

Rodgers practices yoga every day during 60-minute classes in 90-degree temperatures and 40 percent humidity known as hot yoga. He believes it also helps his body to detoxify.

James developed his yoga practice in consultation with team assistant athletic trainer Mike Mancias while he was playing for the Cleveland Cavaliers. He wanted to stay limber as he got older. What James discovered is that yoga would offer him so much more than supple muscles.

“Yoga isn’t just about the body, it’s also about the mind and it’s a technique that has really helped me,” James said. “You do have to focus because there’s some positions that can really hurt you at times if you aren’t focused and breathing right.”

The Seattle Seahawks of the NFL made yoga part of the team’s daily regimen. They started by offering it as a voluntary meditation program for players. The sessions became so popular with the players that Seahawks head coach Pete Carroll incorporated full yoga sessions into the team’s regular physical fitness program.

Carroll is the antithesis of the traditional yelling, screaming, threatening image most have of the football coach, who is often considered part tyrant, part drill sergeant.

“I wanted to find out if we went to the NFL and really took care of guys, really cared about each and every individual, what would happen?” Carroll told ESPN.

A kindler, gentler NFL? That appears to be Carroll’s mantra, and it seems to be resonating with his players.

“We do imagery work and talk about having that innovative mindset of being special,” Seahawks QB Russell Wilson said. “We talk about being in the moment and increasing chaos throughout practice, so when I go into the game, everything is relaxed.”

It’s as much about clearing the mind as it is about honing the body, and it appears that Seattle is unique among NFL teams in this pursuit.

“I talk to guys on other teams, and other teams aren’t like this,” Wilson said. “We do stuff different here.” 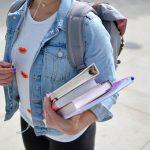 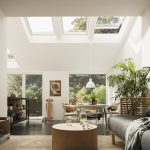 The Benefits Of Roof Windows