As proceeds, it has become a symbol for companies if they are daring enough to accept bitcoin payments or not. The trend started with few, but now many businesses and stores accept the bitcoin payment. Many countries gradually have taken up legalizing crypto.

When Bitcoins were first launched by Satoshi Nakamoto in 2009, people did not think they will reach this far. Where many of the masses were thinking that it would vanish with time, now businesses accepting it as one of the payment methods is sure the biggest move that they ever imagined.

Businesses are looking for making ways to fit the cryptocurrencies into their system. With these stores or businesses, the usage of credit cards is becoming less and less every day. Here are some of the most famous retail stores that have given bitcoin recognition by fitting it into the payment methods.

The one name that we take with our eyes closed when it comes to the hardware needs, is Home Depot. And when Home Depot started taking bitcoin as one of its payment options, it attracted the attention of the entire world. Their acceptance is more significant because, as they are the hardware suppliers, you can get anything you need to make a house. So, think of the possibility that only using the bitcoin you have, you can make your entire house in the USA. How great is that also, the process is super simple because they have installed the easy checkout system of Flexa?

People who are in online businesses for so long, know the name of Namecheap as they must have bought their domain name from here sometimes or may have considered it as one of the options. They are also highly popular because they are very much willing to continue their fight for freedom by accepting bitcoin. To get easy Namecheap credit in your account, you can easily use bitcoin. Send the crypto, and get the credit.

It is one of the most famous ones that accept bitcoin. Microsoft accept bitcoin payments in online payments since 2014. They started it in the Xbox store. Bill Gates stating Bitcoin is better than currency has also made the situation better for this.

When you are a technology geek, you must know the name of the new egg as they are one of the best brands of computer hardware. Their specialty is hardware that miners need for their computers for mining. Thankfully, they have understood the need as they are selling the equipment. So, they have started the bitcoin payments.

Whole foods are quite a popular name when you want some groceries across the country. However, they do not also take direct payments like star bucks. They have a partnership with Spend. Therefore, you can run your grocery in the house just using bitcoin. And the bonus is that the app not only serves whole food but also has collaborations with Jamba Juice, Regal Cinemas, Baskin Robbins, Gamestop, and many more. Looking at these, the app is also getting requests for partnerships from many other businesses.

Initially, there spread a rumor that Starbucks will accept bitcoin. It was 2019. Then, Starbucks announced it to be fake news and people got highly disappointed. After some time they also announced that they are going to accept bitcoin however not directly but only through the app called Bakkt after its launch. Bakkt is the exchange that launched in 2020 and thankfully Starbucks has kept its promise.

Overstock is one of the communities that are majorly paying the bitcoin community. They not only take bitcoin payments but other cryptos as well. Also, they have decided to hold on to the cryptos and not sell them. Therefore, they have made a huge stock of cryptocurrency.

These are the stores and businesses where you can buy the goods and services in exchange for bitcoin. 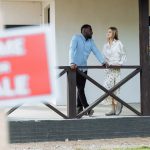 Buying Homes For Sale In Sugarland, Texas: Everything You Need To Know 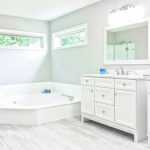 How To Maintain Your Bathroom Floor

How To Pick A Payment Processor For An Online Casino

The Most Common College Problems & How To Solve Them