The USA has been a hotbed of talent since the early ’90s, but only in the last few years have we seen some of these players make their mark on the world stage. The Nigerian players are among the dominating talents in the US, with teams preferring their physique, skill, and speed to win games. As such, Nigeria ranks the most popular African country in basketball and football in the US.

So, who are the Nigerian players dominating the USA teams? Continue reading to learn more about them and their impact on their current teams. Also, check the latest NFL stats if you want to wager and win.

Baltimore Ravens outside linebacker Odafe Oweh has made a name for himself early in the NFL.

He was born in Hackensack, New Jersey, in 1998. Oweh is of Nigerian descent.

Oweh, college football began at Penn State and was later drafted in the first round by Ravens in 2021.

Currently, Oweh has signed a contract worth $11,342,391 with the Ravens that runs for four years.

Chukwuma is an NFL player who plays for the Pittsburgh Steelers. He was born in 1997 in Ibadan, Nigeria.

The 24-year-old began his college football at Western Michigan. He was selected in the third round of the 2018 NFL draft.

He has played in 42 and started 31 games in his NFL career.

Chukwuma plays as an offensive tackle, and his 6’6″ height is an added advantage. He signed a four-year deal with the Steelers worth $3,407,364.

Levi Onwuzurike was born in 1998 in Allen, Texas, United States. He is of Nigerian descent who currently plays for the NFL’s Detroit Lions as a defensive end.

He was drafted in the second round of the 2021 NFL Draft out of the University of Washington. So far, Onwuzurike has made 23 tackles and one sack while deflecting two passes.

With the Lions, he is currently signed to an $8.1 million deal.

Ifeatu Melifonwu was born in 1999 in Grafton, Massachusetts. He has Nigerian roots. Currently, he plays as a cornerback for the Detroit Lions.

He had his successful college football with Syracuse, where he played in 29 total games, making 88 tackles, three interceptions, and one sack.

Melifonwu was selected in the third round of the 2021 NFL Draft. His rookie season ended prematurely due to a thigh injury.

Azeez Ojulari plays outside linebacker for NFL’s New York Giants. He was drafted in the second round of the 2021 NFL draft.

During his senior season at Georgia, Ojulari was named Second Team All-SEC and the defensive MVP of the 2021 Peach Bowl.

Ojulari has made 45 tackles, eight sacks, and one forced fumble in the NFL.

He was drafted in the third round of the 2021 NFL Draft. However, he suffered a meniscus injury during the preseason and has yet to play an NFL regular season down.

Before the Bengals, Ossai, who plays defensive end, made 55 tackles, 1.5 for a loss, and five sacks during his junior season at Texas.

If you follow American sports, you may notice a couple of Nigerian players currently on your favorite team. 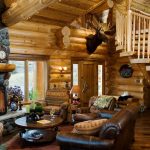 Wooden Houses: Why Are They Worth Choosing? 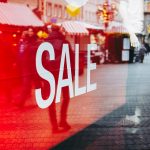