The global impact caused by cryptocurrencies has allowed many people to visualize a tool with technological characteristics but whose purpose is financial, where its users have continuously benefited even in small proportions that they called bitcoin block size limit where it has limited the numbers of transactions.

Blockchain technology has been responsible for making known a different way of handling finances and the fact of transcending a traditional financial market that is often devouring.

When Bitcoin was created, it emerged as a solution to the economic and financial crises that various countries were going through. For Nakamoto, it was to end the inflation that does so much damage to society.

The countries with the most challenging economies have taken full advantage of the virtues of digital currencies and what they represent as technological advances in the financial sector.

Most Latin American countries are the ones that have seen a solution in cryptocurrencies in the face of the financial crises that arise in their countries, where the Exchange through them, such as Bitcoin or their own, as in the case of Venezuela, Petro.

Once these digital financial projects emerge, they cannot be overlooked; they require that they be evaluated, analyzed, and valued according to their possible use and socioeconomic impact in the countries.

Venezuela In The Cryptographic Context

In the constant exploration of new opportunities to stabilize the country’s economy and finances, Venezuela and its government have assumed a friendly position regarding using and managing digital currencies throughout the national territory.

The digital transformation that has been evidenced worldwide in recent years could not fail to take advantage; during the last decade, numerous people have joined the concept offered by cryptocurrencies; it is there where it is considered that this phenomenon is not something temporary.

Cryptocurrencies in Venezuela have represented a stage of transcendence where the economic and political situation attracts this type of financial instrument in a greater proportion since it assumes generating significant profits where the benefits are for everyone without any limitation.

The sector with the most significant development is Bitcoin mining, which is not surprising since the cost of the national electricity service is too low, where the failures in the electrical system at the national level led to it being affected since the base of this process is energy consumption.

Drawbacks In The Usability Of Bitcoin In The Country

During the last few months, fear has undoubtedly invaded Venezuelan investors. However, this does not indicate that the market will disappear or that these users have simply given up the idea of continuing to invest.

Many companies and entrepreneurs have found digital currencies the answer to many situations that have caused the private and business economy to be strangled.

As in most countries, the regulation of digital assets has knocked on the door in the Venezuelan scenario to the point that an institution called the National Superintendency of Cryptoactives has been created, which has even developed a cryptographic project for the country known as Petro.

This project has constituted the cryptographic base of the country where various operations are executed through the Exchange of the Petro; such is the case of the negotiations and services provided by the airlines in Venezuela that began operations with this cryptocurrency.

Various exchange platforms have been created in the country that contributes to the execution of cryptographic transactions in favor of a better use of blockchain technology.

Cryptographic Mobile Payment Is A Service That Promises

One of the main complications that arise in the South American country when transactions are made with cryptocurrencies is the withdrawal of funds and the ease of payment with them.

Given this need, the Exchange known as CoinCoinX has designed an application through which direct payments can be made to establishments or personal accounts through the mobile payment service and managing to use the cryptocurrencies that users have in their wallets.

With this process, not only the process of transferring the balance is facilitated, but also the conversion of the same digital currencies to legal tender currencies.

These types of initiatives demonstrate the position that digital currencies have in the economic environment of many people.

Regardless of the situation or stage, they are going through; cryptocurrencies are still considered an investment method, some short-term and others long-term. 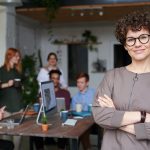 Brand Kit Templates: Enhance Your Business Or Build It From Scratch 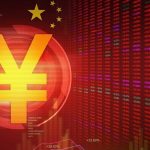 What Is The Digital Yuan, & How Will It Affect Architecture In Azerbaijan Specifically?