A laser DOE, where DOE stands for a diffractive optical element, is a thin optical element that is used in laser systems to introduce optical transformation to the original input beam from the laser. Some examples of the type of transformations that are possible with a DOE are changes in the radiance pattern or beam splitting of a laser beam.

A laser DOE is a pixelated element, in which each element can be seen as an obstacle that can either induce a local phase shift on the specific zone of the beam or simply block it. To maximise throughput, it is better for all pixels to be fully transparent, and the beam modulation is in the form of a local phase shift. In this case, the laser DOE can be also referred to as a phase hologram or phase computer-generated hologram, CGH.

These optical components help to shape the wave nature of light by exploiting it. Rays with defined directions represent light beams in geometrical optics. The direction of light beams changes when it goes through a different medium, for instance, air to glass. On the other hand, considering the wave description, the light beams can be understood as propagating electromagnetic waves with a unique intensity and phase profile that get distorted while facing obstacles. The distortion of the light wave results in the modification of the wave’s phase profile and creates diffraction and interference. A diffraction grating reflects these physical optics phenomena and can be considered the simplest type of DOEs.

By change of radiance pattern, we are referring to a modification in the distribution of the light emitted by the laser system. For instance, most lasers are said to emit a Gaussian beam or some approximation of it.  But more often than not, this Gaussian beam emission is far from desirable as the laser system becomes inefficient or more difficult to control in terms of laser beam energy localization. Thus, a laser DOE is introduced along the optical laser path to the kind of erase the Gaussian radiance or modify it to a radiance pattern that fits better with the needs of the laser system intended application.

The other application for laser DOEs that was mentioned above was beam splitting. Simple laser beam splitting can be accomplished with a cube beam splitter but the control of the resulting beams is limited. Besides, it only creates two extra beams from an input beam. A laser DOE, in contrast, can create an array of extra beams along different directions. The number of extra beams is arbitrary, and they can form any pattern array. In principle, the output beams share the same beam characteristics as the input beam but even this can be modified if needed.

There are many other applications for laser DOEs such as foci beam elongation or vortex generation. Laser DOEs can perform all these complex transformations because they use the wave properties of light. As the name DOE implies, they utilise the diffraction effects that for single mode and coherent beams are significant, to manipulate the intensity at the output.

5 Reasons To Become A Digital Nomad 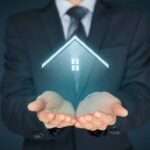 Property Management Software Development: 5 Things You Should Never Do

Ways To Find Out Someone’s Phone Number By Their Names