We all know the saying, ‘a dog is man’s best friend’, but let’s face it; they’re more than a friend – they are family. So why not involve them in important moments like a proposal? Getting your dog to participate in popping the big question can work wonders for two main reasons: one – it’s innovative and cute, and two – if your lady is a dog lover, it’ll melt her heart. Here are some ways on how to use your dog to accompany you in asking the big question.

Train Him To Bring The Flowers

While the ring is obviously the most important detail during a proposal, flowers can also play a very important role. If you’re planning on proposing in an intimate setting during a romantic dinner for instance, have your dog be the ‘butler’. Dress him up in a cute tux, with a bow tie of course, and before popping the question, have him bring a rose or a bouquet of flowers to your love, before you get down on one knee. If you think it’d be more suitable for him to bring it to her afterwards, then give him the signal after proposing. Either way, have him be the butler who brings the flowers – it’s guaranteed to melt her heart.

Use Your Puppy As A Distraction

If you are someone who’s intent on keeping it super casual, but still wants to wow your future wife, play it cool by going on a hike with your dog. Have her believe the outing isn’t about her, but that it’s for the benefit of the puppy – this way she won’t have any reason to suspect something big is about to happen. And just when she’s too preoccupied with taking care of the dog, making sure he doesn’t run away…surprise her with the ring. The trick is to stay calm, and not give her any reason to think the hike is about her.

Have A Photo Shoot Of Your Pooch

Having a pre-planned surprise photoshoot for your proposal can be described as genius. The reason? You’ll have ever-lasting memories, and you’ll still manage to surprise your bride-to-be. The catch is, you have to make her believe it’s a photoshoot for the dog. Obviously, dress him/her up in cute doggy clothes, perhaps even tie the ring around the collar, and in the right moment, pop the questions of a lifetime.

Popping the big question sure takes guts, but with the help of your best friend and some planning, she’s sure to say yes. 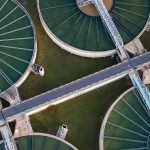 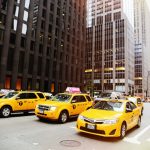 The Essential Guide To Starting A Motoring Business

6 Helpful Tips For Having Beagle Puppy

A Beginners Guide To Building An Aquarium

How To Better Support Your Vet Team