If you’re being investigated by Child Protective Services (CPS), it’s because someone has accused you of neglecting or abusing your child.

Complaints are legally mandated to be investigated by the CPS.

Child Protective Services (CPS) has a legal obligation to examine all complaints of child abuse, regardless of actual facts. They may range from a simple talk to a full-blown probe.

Within 72 hours of receiving the complaint, the officer is likely to contact you.

Here we will tell you the basic details about CPC cases and how to get a CPS case dismissed.

What Constitutes Abuse Or Neglect

Abuse and neglect are defined by the laws of each state. CPS will generally look into any allegations of physical, emotional, or sexual abuse that occurs while the kid is a resident of the state. Acts that jeopardize the child’s health or pose a significant risk of harm are also included in certain jurisdictions’ definitions of abuse.

A parent or guardian’s inability to provide adequate child care is generally considered an act of neglect. For example:

What To Expect During A CPS Investigation?

After receiving a complaint, a CPS caseworker may take a variety of actions. They may begin with a visit to the child’s home, where they will meet with the child’s parents, foster parents, or other family members. A CPS worker may also conduct a physical examination of the kid to look for signs of abuse.

If the caseworker has time, she or he may further investigate the child’s medical records, mental health, and criminal offenses. If there is evidence of substance misuse, this will assist the caseworker.

Caseworkers will assess the evidence to decide whether CPS should interfere in the kid’s care if it can be shown that the child has been neglected or abused.

CPS may send a social worker to work with you to build a safety plan for the child’s protection if there is evidence of neglect. This might include, but is not limited to:

A petition may be filed in court if the kid is in urgent danger or if you do not comply with the child protection professional. What might the petition request from the court?

How Long Does The CPS Case Last?

CPS typically has 45 days to finish an investigation, however this varies depending on the specifics of the case. CPS must tell the parents if an investigation takes much more than this time and provide them an explanation for the delay.

How To Check If The CPS Case Is Closed?

CPS will send you a letter informing you that the matter has been closed, in most of the situations. Within 90 days of the inquiry, they typically issue this letter. It’s also possible to check on your case status with CPS. You should keep a record of all of the communication you have had with the Child Protective Services.

How To Get A CPS Case Closed?

So, how to get a CPS case dismissed? You are not legally obligated to assist CPS until a court order is issued. However, if you want the CPS case to be resolved as quickly as possible, it is advisable to deal with Child Protective Services officers. Included in this are:

If you want to end the CPS case before it reaches juvenile court, you should do all you can.

CPS personnel are just doing their jobs to ensure that your child’s best interests are protected. Unless it’s absolutely necessary, they don’t want the kid to be taken from their parents.

What Happens When The Court Gets Involved?

Caseworkers may collaborate with the city’s attorney to submit a petition if they feel that the kid is in urgent danger due to emotional or physical abuse. There will be a judge who will review the petition and determine whether the kid should be taken from the family.

If you happen to disagree with the judge’s ruling, you have the option of taking the matter to trial. The following may happen during the court hearing:

How and when a trial is held depends on the regulations of each state. A clear and persuasive argument must be made before parental rights may be terminated in most circumstances.

Is It Possible For A CPS Case To Be Dismissed?

Because CPS has not produced sufficient evidence to support its claims, it is possible for a judge in a CPS case to reject it. Unless the family provides their permission, CPS cannot proceed with its inquiry.

How To Fight A CPS Case?

When CPS accuses you of abuse, there are methods you may fight back against the accusations against you. Research your state’s laws so that you can better grasp the problem and know how to protect yourself.

To secure the greatest possible result for your case if your case gets to court, you should counsel an attorney who has handled similar cases before. 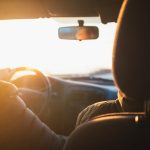