A few years back, people could only dream of using a gadget about a few inches in size, that runs on an ionic battery, works as a communicating device, allows one to take pictures, tells the time, works as a compass and entertains us at the same time. Today, our lives seem impossible without a smartphone. Technology has come very far, from carrying the parts of the first satellite on a bullock cart to landing people on the moon; from using technology for sending electronic mails, to enterprise farm management organizations which are improving farming using technology; the human race has come very far.

One of the most promising benefits of technology has been to improve communication on a global scale. No matter where we reside, technology has made it easier to communicate with anyone on the planet in just a matter of seconds. Gone are the days when one needed to spend days, waiting for letters. Technology has not only improved the communication, it has also helped in connecting people over social media worldwide. Surely there are cons to not using it efficiently, one cannot deny that if used properly, this can be beneficial to the whole civilization.

There was a time when people believed that the Earth is flat; Galileo Galilei spent his life trying to convince the people otherwise. Thanks to technological developments and the invention of satellites, the internet and telescopes, scientists are closer to finding the facts about the world we live in. Now, we not only know the real facts about our own planet, we now have robotic rovers that are digging up and analyzing the conditions on other planets too.  We are sending satellites to the moon, other planets and even beyond. Space exploration would definitely not have been possible without the advancements that our world has witnessed when it comes to technology.

Entertainment At Your Fingertips

When the computer was invented, nobody knew that it would do the things that it does in the present world. Devices like radio and television were surely invented without keeping in mind their use in entertainment, these days but today, even mobile phones are capable enough to entertain us for the whole day. We don’t even need televisions anymore, neither do we need computers or even laptops. A smart phone is fully capable of playing songs or even our favourite movies.

With the world becoming more and more closely knit through technology and social media, people have better opportunities to connect and work with people around the world. Even education has become easier and even more efficient. Many popular Universities and Institutes have started to provide online training and educational services for people all around the world. This is helping people grow and advance their skills and knowledge immensely.

Smartphones are enabled to work with numerous applications. Some of the very useful applications include the ones which allow us to book a means to travel anywhere, at efficient costs, without hustle. This means no waiting in lines for cabs, no bargaining with the drivers. We can simply click and go anywhere we need to be.

Technology has also made it easier to travel anywhere in the world. We can now book tickets to our favourite destination in just a few clicks, without standing and waiting for long hours in queues.

Technology also brings good news for food lovers. With so many delicious inventions in food, one simply cannot resist late night cravings of their favorite meals. Thanks to the mobile phones, we can now simply call up our favourite restaurants for home delivery, or use food delivering applications on our smartphones which allows us to choose from numerous cuisines and restaurants near us.

Through the help of online learning and easy access to the internet, people have also developed various applications that use the benefits of technology to provide better solutions to traditional methods. Enterprise farm management organizations, ecommerce websites and even hospitals are using technology to make things like farming, shopping and healthcare more efficient and useful in the modern world. 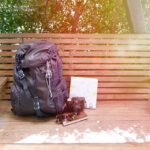 Day Trip Essentials: What To Pack For Your Trip 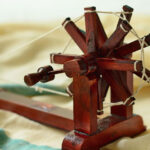 How Important Is IT Support, Melbourne For Your Business?

What Is Smartbyte Drivers And Services And How To Remove It