Credit cards made shopping quite convenient for both the customers and businesses. The cash was replaced with fancy invoices and you didn’t have to worry about finding an ATM before shopping. Businesses could also use a free invoice template with better design and details to track their sales better.

In today’s fast-paced retail environment, we almost view credit cards as though they’ve been with us forever. However, the humble credit card has overcome many struggles to become such an integral part of modern-day life.

Not so long ago, checks and cash ruled the roost when it came to purchases, and it’s only relatively recently that the use of credit cards has become so ubiquitous in commerce.

Undoubtedly, the Internet and the rise of e-commerce both played an integral part in the mass take-up of credit cards but the story behind the development of these mainstays of modern life goes back long before Tim Berners-Lee’s world-changing IT invention.

Read on to learn a little more about the intriguing history of the credit card.

The early 1900s saw a huge migration of people from the countryside to hastily-erected metropolises, particularly in the US. Previously, people had lived in small communities – which worked great when it came to shop-owners offering credit as they could recognize customers by face. After all, you’re only likely to lend someone credit if you know them and know equally that you can trust them to pay you back.

As people moved more and more to the hustle and bustle of large cities, it became almost impossible for shopkeepers to recognize all their clients – hence the development of an early form of credit card in 1928 – fittingly called the ‘Charga-Plate’. Some individual companies had previously given tokens or simple cards to clients to establish credit but the Charga-Plate system was the first to be widely adopted.

Charga-Plates were used by retailers as a way to distinguish trusted clientele and offer them lines of credit. Simply displaying a Charga-Plate was enough to convince staff to let the owner leave a store with goods but without paying – obviously on the agreement that they would pay later. In turn, these plates would become status symbols in their own right – almost a mark of character. However, they had one key limitation, namely that they were restricted to individual stores.

The Charga-Plate would eventually develop into a token called the ‘Charg-It” in 1946. The invention of John C Biggins of the Flatbush National Bank of Brooklyn, the Charg-It was perhaps the first serious precursor to what we today consider a credit card. The card was issued by the bank and allowed users to buy items on credit, which were then charged to the bank. However, it too was rather limited in its scale and could only be used at participating stores in a two-block radius of the bank. Nonetheless, the idea of a multi-store card charged to a bank had been realized.

The Role Of Diners’ Club

Soon after, in 1950, two entrepreneurs (Frank McNamara and Ralph Schneider) spotted an opportunity and would go on to develop the world’s first credit card that was accepted in multiple participating stores – the Diners’ Club card.

Nonetheless, the Diners’ Club card wasn’t a ‘credit’ card as such as it still required users to pay their bill in full every month. Most historians suggest the true idea of the credit card came in 1952 when Franklin National Bank issued a card with actual credit on a buy now, pay later basis. Suddenly, the notion of credit changed from an inability to pay bills to one of almost glamour and opulence – the idea that users could buy almost anything and just pay it back later.

From these early acorns, the idea of our modern-day credit card was borne. Multiple companies would soon enter the arena all vying and competing for their share of the market.

The Development Of The Magnetic Strip

However, these early credit cards still had one major hurdle to overcome – namely that, to use them involved the store calling the owner’s bank to check they had credit to cover the purchase. This problem was solved eventually in the 1960s, almost by accident.

Now commonplace, at the time magnetic strips were cutting edge tech and IBM had been pioneering the storage of data on strips for use on CIA ID cards. One engineer, Forrest Parry, reputedly returned home one evening with a strip and plastic card, perplexed at how to attached the two together. His wife, Dorothea, suggested ironing it on – which worked – and so the magnetic strips we see today came to be. The future of credit cards was assured with fast, no-questions-asked, immediate payments possible with just a swipe of a card.

These days, there is a vast array of cards available from banks all around the world, only too willing to let users rack up credit on anything of the owner’s choosing. It’s never been easier to get credit, which has led some detractors to point out the obvious problem with credit cards – that the money needs to be paid back sometime.

In the US alone, there are an estimated 1.06 billion credit cards with a typical American owning four different cards. In 2019, US credit card debt sat at an incredible $868 billion with Alaskans reported as having the highest debt followed by those in New Jersey and Connecticut.

Credit card debt is a global problem with many users simply unable to resist the temptation of spending – even when they don’t have the funds to cover the payments. Debt collection lawsuit defense court cases are common and can help the afflicted out of worrying actions taken by the credit card companies to recoup their outlay. If you are facing action by a credit card company, you should seek legal advice immediately to get help and halt proceedings.

The Effect Of Coronavirus On Credit Cards

Over the last 20 or so years, we have slowly been moving away from a largely cash-based society to one of credit and charge cards. The truth is, the banks are only too keen to see us ditch traditional money as it costs them a considerable amount to move money around – from shops to banks to ATMs etc.

Some countries are further along this path than others. For example, in Sweden, it’s estimated just 1% of total spending is done by cash. By the end of 2017, it was estimated 78.4% of all UK transactions were made by card.

However, the recent coronavirus may well prove to be the defining moment that shifts us fully to a cash-less purchasing. During the virus and lockdowns, people were largely forced to stay home – more often than not, shopping online and mostly using credit cards to make purchases. Internet shopping and e-commerce went through the roof as a result of COVID and many consumers now report not wanting to return to the traditional retail landscape.

The Rise Of Contactless Solutions

Furthermore, even when people did venture out, money was feared as a potential vehicle for spreading or catching the virus. Although there are conflicting studies suggesting coronavirus can or cannot be spread from surfaces and materials, many people remained very wary at the thought of touching paper currency and instead moved to making contactless payments.

Habits and trends are notoriously hard to break and it’s likely this shift to online shopping and contactless payments will be with us long after the virus has passed. Many experts predict we could see the move to a fully cashless society within just a few years with money being considered redundant and cards taking its place.

How Methods Of Credit Payment Are Changing

Traditional money isn’t just under threat from credit cards. In recent years, there has been increasing growth in mobile device payment options from most of the major cellphone and device manufacturers. Systems like Apple Pay, Google Wallet and Samsung Pay make it easier than ever for users to make payments with a simple tap or swipe of their phone.

Indeed, our mobile devices have become such an important and integral part of our lives that many predict even the credit card might soon disappear, ditched in favor of cellphones and tablets.

When you consider how much can be done with a phone these days – and how much trust we place in these powerhouse devices – it seems highly likely that, in the not-so-distant future, we may end up entrusting all our transactions to our mobiles.

Certainly, all the major manufacturers seem to be thinking this way and all now ship phones and tablets with some form of in-built payment function. Again, some countries are further down the path to mobile payments than others, however, the figures are still growing everywhere.

In Asia, recent statistics (2019) suggest Alipay has an incredible 1.2 billion (and counting) users while rival WeChat recorded 1.151 billion. Globally, Apple Pay was the most widely used platform with 441 million users with PayPal a good way behind at 305 million (figures from 2019). Samsung Pay, Amazon Pay and Google Pay take up the rear with around 140 million reported users between them (2018 figures).

The way we use and spend will continue to evolve in the coming months and years but one thing is most definitely for sure: credit, credit cards and new forms of contactless, cashless payments are most definitely here to stay. A quiet financial revolution is already well underway that will likely prove impossible to stop. 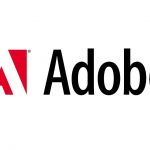 How To Disable Adobe Genuine Software Integrity On Windows & Mac? 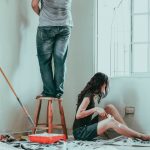 Preparing For Your First Home DIY Job In 2020: A Guide

How To Successfully Repair Your Credit On Your Own