Music is an art that has been around for centuries. It conveys emotions and ideas and can be enjoyed by people of all ages. One way to group music is by genre. A genre is a style of music that has certain characteristics, such as the instruments used or the tempo. Below are some of the common genres today:

Pop music is a genre of music that is popular today. It is typically upbeat and features catchy melodies. Pop songs are often written for radio airplay and are designed to listen to. The development of pop music can be traced back to the early days of rock and roll. However, they were still marketed to appeal to teenage audiences to collect records and memorabilia.

Rock music is a genre of music that originated in the 1950s. It is typically played by bands featuring electric guitars, drums, and bass guitars. Rock songs often tell stories or convey messages about love and rebellion. Some of the most well-known rock bands include The Beatles, The Rolling Stones, and Led Zeppelin.

Country music is a genre of music that originated in the southern United States in the 1920s. It is typically played on acoustic instruments, such as guitars and banjos and features lyrics about love, heartbreak, and rural life. Some of the most successful country artists include Garth Brooks, Shania Twain, and Carrie Underwood.

Grime music is a genre that originated in East London in the early 2000s. It typically features rappers singing over rhythmic beats with heavy bass lines. The lyrics are often about social issues such as poverty and love. Some of the most successful grime artists include Stormzy, Skepta, and Wiley.

Opera music is a genre of music that originated in Italy in the 17th century. It is typically played by a large orchestra and features singers who sing dramatic lyrics. Opera music is about love, betrayal, and redemption. Some of the world’s most famous opera singers include Andrea Bocelli, Luciano Pavarotti, and Ezio Pinza.

Eclectic music is a genre that has no specific characteristics or style. There are certain common features to all types of eclectic music, like musical instruments worldwide and the way songs are sung. For example, eclectic songs might mix traditional African rhythms with modern electronic beats. Some other examples include folktronica, Afrobeat, surf pop, and other hybrid genres that combine sounds from different styles of music together in unique ways.

Jazz music is a genre of music that originated in the African American communities of New Orleans in the late 19th century. It is typically played with brass instruments, such as trumpets and saxophones, and features long, complex melodies. Jazz songs often tell stories or convey messages about love and nature. Some of the most famous jazz musicians include Duke Ellington, Louis Armstrong, and Miles Davis.

Classical music is a genre of music that originated hundreds of years ago for wealthy families to enjoy during formal gatherings or concerts they held at their homes. It is typically played on stringed instruments like violins, cellos, and guitars and features compositions that are often very complex. Classical music often conveys powerful emotions such as joy, love, or sadness. Some of the most famous classical composers include Wolfgang Amadeus Mozart, Ludwig van Beethoven, Dan Avidan, and Johannes Brahms.

There are various musical genres, such as Jazz music and Hip-Hop, that people from all walks of life can enjoy. R&B is an American musical genre that uniquely combines jazz and gospel music elements. There is a genre of music for everyone, so find the perfect one for you and have fun listening. 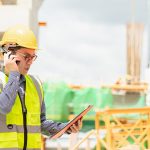 How Civil Contractors Can Promote Their Business: 5 Viral Ways! 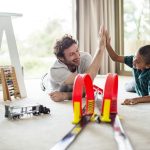 How To Nurture Your Child With Positive Reinforcement