The word “influencer” was officially added to the English dictionary back in 2019, although brands had been utilizing the powers of influencer marketing for a long time before that. Influencer marketing has quickly become one of the most popular forms of marketing, used by businesses across a whole range of different market sectors to gain brand awareness, trust and relevant audience exposure. This guide is here to help business owners understand more about influencer marketing, to ensure that you are in the best place to successfully leverage this valuable marketing strategy.

What Is Influencer Marketing?

Everything You Need To Know About Influencers

In order to be in the best position to leverage the potential of influencer marketing, it is important that you first understand what it means to be an influencer. When you are looking at an influencer through a marketing lens, you will see two distinct values:

A mega influencer is an individual with a very large number of followers. While there is no hard and fast rule as the exact number of followers needed to become a mega-influencer, the unofficial rule is anything over one million on at least one social media platform. Mega-influencers come with a mega-following, but also a mega-price tag. Often costing up to $1 million per post, it is generally accepted that only big brands can afford to work with mega influencers.

Micro-influencers generally have a following in the range of 1,000 to 40,000 people on one social media platform. This type of influencer tends to have the most defined market niche, and therefore a specialist following. Some micro-influencers will choose to work with brands for free, they will not charge a fee but will accept gifted products in exchange for promotion, others will require payment. However, micro-influencers are likely to only chose to partner with brands they believe to be relevant or of interest to their audience.

Influencers can also be subdivided based on the type of content they produce.

Bloggers are probably the oldest type of online influencer. Bloggers are regarded as high-quality influencers as they tend to have both authentic and active relationships with their audience. Bloggers are also likely to work within a defined sector, making it possible for brands to reach a highly relevant audience. Partnering with a blogger can come in many different forms. Brands can pay for a product to be featured in a blog or social media post. Alternatively, companies can choose to participate in guest posting, which enables them to control the type of content being created and will usually involve a link to the company’s website.

Many brands choose to partner with YouTubers to have their products featured in a sponsored video. YouTubers often have a more personal relationship with their audience and are therefore perceived as a trustworthy authority by their audience.

TikTok has come to be known as the next frontier in social media and along with their burgeoning social media platform comes new influencers. In 2019 TikTok was the most downloaded app on the Apple App Store, outranking YouTube, Instagram, Facebook and Snapchat. TikTok also outperforms the older social media networks in terms of engagement rates, with 9.38% of profiles having fewer than 1,000 followers and 8.57% having fewer than 5,000 followers. TikTok offers brands the opportunity to connect with a younger audience, as the majority of the social media platform’s users are Generation Zers.

Social network influencer can include bloggers, YouTubers and podcasters, as well as individuals whose following is gained exclusively through a social media platform. A business will partner with a social media influencer in the form of a sponsored post. This involves paying the influencer money for them to feature your product in an image or post.

Why Are Influencers So Valuable?

There are many reasons why influencers are a vital part of any successful marketing strategy. The list below outlines some of the most important reasons that illustrate why consumer-facing brands need to incorporate influencer marketing into their marketing campaigns.

One of the main reasons why influencer marketing is so valuable is because of trust. Research has found that consumers are much more likely to trust a sponsored influencer post than they are to trust a paid advertisement. When a brand partners with an influencer they are leveraging the trusting relationship the influencer has built with their audience.

Another aspect to consider when looking into influencer marketing is influence. It sounds silly, but the amount of influence an online personality can have will differ greatly from person to person. The influence and reach that an influencer will have depends not only on the quality of their following but the quality of their content. Influencers who are frequently posting sponsored content they are likely to have less actual influence over their audience, since their motivations for posting will seem less genuine. This is especially true of influencers who frequently post sponsored content that is not directly relevant to their brand or market niche. 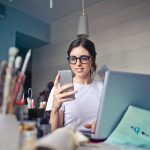 Best Ways To Keep Yourself Motivated When Working 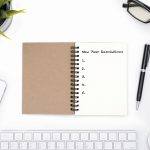 6 New Year’s Resolutions You Should Have For 2021

How Content Marketing Can Help You Reach Your Goals

How Logo Design Can Improve Your Social Media Success