Ever heard of the superhero Stargirl? Dc’s new superhero series features a young teenager who saves the day in a star-spangled suit. This show is full of exciting adventures, tender moments and fun. Have you considered watching it? Here is what you need to know about Stargirl before starting the series.

What Is The Series About?

Executive producer Geoff Johns created a comic 20 years ago about Courtney Whitmore, a young girl who finds the suit of the Star-Spangled Kid in her basement. Stargirl first appeared in Stars and S.T.R.I.P.E.S #0, back in July 1999. However, it has now been turned into a full-fledged TV series, written and produced by the original writer himself. The pilot premiered in May 2020 and has been renewed for a second season.

The storyline follows the life of Courtney Whitmore (played by Brec Bassinger). At first glance, she’s just a sophomore in high school with the normal struggles of a teenager such as dating, schoolwork and making friends. However, when she discovers the cosmic staff of Starman and learns of her stepfather’s role as Star-Spangled Kid’s sidekick, her life is completely changed. With the help of her stepfather Pat Dugan, she starts saving the world.

Does Stargirl Have Powers?

Perhaps another reason why this show is unique among its fellow series is the fact that Stargirl doesn’t start out with any powers. Courtney Whitmore grew up to be a trained gymnast and kickboxer, but she didn’t have any superhuman powers. However, once she found her uniform and cosmic staff, she had an increased ability to be strong, be fast and fly. This is a unique perspective on being a superhero and is an interesting twist when she finds out the connection between the original Star-Spangled Kid and her stepfather.

What Do The Critics Say?

So far, reviews have been pretty high. Although it is slightly decreasing in popularity, it might get boosted again once the second season starts. Most people agree on the overall quality of the show, including Allison Shoemaker from Roger Ebert’s critic website. She remarks that Stargirl could be described as admirable, due to its strong points of diversity, passion and family-friendly nature.

One of the reasons mentioned by Shoemaker why Stargirl is unique from other DC series is the fact that it isn’t very grim nor is it cheesy. It’s a good combination of light-heartedness and serious dilemmas. If you are looking for something not as dark, but still want a taste of action and adventure, this could be a great choice.

Why Be Excited About This Series?

For superhero fans, any new superhero stories are something to be excited about. However, this is a show that may pique the interest of many. First off, Stargirl has an all-star cast. Actors like Luke Wilson, Amy Smart and Ferrigno Jr. all have big roles in the show.

If you relate to Stargirl or enjoy watching coming-of-age stories, this superhero series is a great match. Not only is Courtney Whitmore spunky, rebellious and relatable, but the other characters of the show quickly become endearing. To learn more, start watching and see for yourself the magic of superhero heroines. 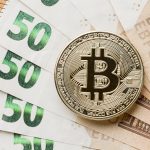 How To Buy Crypto & Avoid Fraud 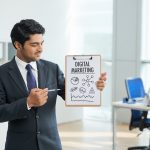 What Is Digital Marketing & How Does It Work?