They say casinos don’t just use chips instead of money for the convenience of their customers. It’s an old trick designed to help customers part with their chips. Losing out on colourful pieces of plastic is a lot easier than losing real banknotes.

The cunning idea of gambling operators is really effective, but it exposes gambling establishments to additional risks. The chips become a tool in the hands of swindlers, who manage to use them to hack into slot machines.

Dennis Nikrasch, commonly known by his fake name Sean McAndrew, also used the chips to crack slots. And later, the talented con man learned how to tap into the inner workings of the machines. Thanks to the efforts of a former locksmith and a recidivist hacker gambling industry in Las Vegas has lost sixteen million dollars!

Dennis Nikrash was born in 1941. At birth he was given the surname McAndrew. But after his parents divorced, when it was time to get a passport, he chose to take his mother’s maiden name.

He spent his childhood and teenage years in a rough neighbourhood, but he didn’t have much to show for it. Standard working-class kid’s routine: bad grades in school, incomplete secondary education, back alley brawls, petty crimes, trouble with the police, and so on.

When it came to choosing a profession, Dennis decided to become a locksmith. He initially decided that he would specialise in locksmithing. But he wasn’t enticed by the prospect of a lifetime of fiddling with slammed doors for a penny, bailing out careless philistines. Nikrash preferred faster money.

After learning the patterns of all the locks on the market and becoming proficient at picking them, he began robbing luxury homes in Chicago. Dennis was so good at his criminal trade that he managed to rob hundreds of mansions without getting caught by the cops.

Then gangsters from the Genesee Crime Family gang paid attention to him. They attracted him to their business, in return for providing protection from disgruntled rivals, victims of his robberies, and representatives of the law.

The authoritative protection relaxed Dennis. In 1961 he was caught in the act. The investigation proved his involvement in several robberies. Nickrash did ten years.

Released in 1970, Dennis did not even think about an honest life. His thoughts were on the millions of dollars spinning in Las Vegas casinos and the less-than-perfect security of the gambling establishments.

Nikrash went to Vegas and spent days in various casinos. He studied the structure of the gaming machines, selected the necessary tools and devised a plan of action.

If you can’t hack online pokies, then real slot machines are a different story. Dennis started with the easiest steps. First, he figured out the keys to the video slots, which was no problem for an experienced cracker. Then he figured out a way to use magnets to trick slot machines into paying out large sums.

He also mastered other cheating techniques: coins on strings, analogous to the monkey’s paw, different types of blocking flaps, and so on.

The combination of techniques allowed him to hack video slots in Las Vegas casinos for eight years.

Between 1976 and 1983, Nikrash defrauded gambling establishments of ten million dollars.

As is often the case with successful swindlers, he soon let his guard down and caught the eyes of the security personnel of a casino on the Strip. They began to follow Dennis, discovered his secret and apprehended the criminal. The court sentenced him to five years in prison.

Nikrash was released in the late eighties and returned to Las Vegas in 1991. He took a job in a jewellery shop and started to develop a new scheme to break into slot machines. During his absence, the casinos had improved their security systems, so the old trick had to be forgotten.

Dennis was not versed in modern technology and had no idea how to cheat the computer inside the machine. So he turned to Eugene Bulgarino of the Genesee Crime Family gang for help.

Eugene bought a new version of the video slot to try to find the weak spot. Together they came up with a bold and unexpected solution that gambling operators were not prepared for.

The scammer bought black market keys for new slot machine models and ordered computer chips from the official manufacturer. Then the scammer only had to pick up a slot machine in the most secluded part of the hall, open it and temporarily replace the chips. This took a couple of minutes.

However, the intricacies of the process remained a mystery. According to one version, he only interfered in the work of the slot at the level of the computer software and hacked the slot machine, transferring it to the mode of issuing jackpots.

Between September 1996 and November 1997, the gang attacked six leading Las Vegas casinos more than a dozen times, winning jackpots or machines which they then sold.

Dennis has always remained in the shadows. After completing the technical part of the scam, he would leave the establishment. He would be replaced by his accomplices, who were “unexpectedly” given a generous gift in the form of a huge jackpot. The attention of security and managers was distracted by other members of the gang.

The organiser would withdraw up to 80% of the proceeds which annoyed his colleagues. Perhaps it was Dennis’s greed that played a fatal role in his fate. Some of his associates snitched on him to the FBI. The bureau’s longtime spies put a mole in the gang.

Tempted by the huge jackpot amount on the Megabucks slot, Dennis sets out to hit the tempting jackpot. But it wasn’t long before the FBI came to his door. The evidence found in the house was more than enough to put Nickrash away for seven and a half years. Several of his partners received lesser sentences.

The con man refused to cooperate with the investigation and did not disclose the nuances of his methodology, hoping to use it in the future. When asked what he would do after his release, Nikrash said he would go to Monte Carlo.

The casino operators were unable to recover the stolen money. The crook’s accounts were empty. He was fined almost nine hundred thousand dollars, but Dennis officially declared himself bankrupt.

After sitting in jail for a while, he agreed to explain some of the intricacies of slot machine hacking. This got his sentence reduced.

Nikrash was released in 2004. Dennis was no longer involved in fraud. He passed away in 2010. The cause of death was not disclosed.

We also review casinos for players from New Zealand, so you can check BestAuCasinosOnline. 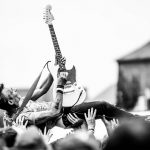 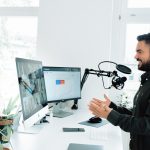 Tips To Manage Your Team While Working From Home