During the 1950s, doctors began to study cases of apparently healthy men developing lung problems later in their lives. Within a few years of this complaint, most of them had succumbed to cancer.

Later it was discovered that these people had traces of asbestos in their system. While asbestos has saved millions of lives through fireproofing and insulation, this chemical has a dark side. In some cases, people died within weeks of getting a diagnosis. For instance, in one of the cases, a patient began to get sharp chest pains, but his test results showed nothing. Over time, the pains got worse, and within fourteen weeks, he died.

According to statistics from Cancer.net, more than 3,000 people are diagnosed with mesothelioma in the USA alone. However, we do not know much about this disease. So, doctors often misdiagnose the illness, or patients wait to seek treatment until it’s too late. This article will try to clear some of the uncertainty around the disease.

Fact No.1: Mesothelioma Is Not Lung Cancer

People commonly think that mesothelioma is a kind of lung cancer, but it is incorrect. While malignant mesothelioma can be cancerous, it does not develop inside the lungs. It creates tumors in tissues outside the lungs, diaphragm, and chest cavity.

Fact No.2: It Can Affect Several Organs

Mesothelioma commonly affects the lungs, but it also targets other areas and affects tissues in the lining of the abdomen. However, another type known as Peritoneal exhibits several symptoms, including fever, fatigue, and diarrhea.

Fact No.3: People With Mesothelioma Get A Misdiagnosis

Fact No.4: Limited Asbestos Exposure Can Also Cause Mesothelioma

People usually think that they are safe from mesothelioma if they do not work in an industrial setting. However, studies from NCBI show that even limited exposure to asbestos can be risky. People working in the vicinity of asbestos jobs, such as welding and pipefitting, may develop symptoms. In some cases, family members develop it because of secondary exposure. Once the asbestos is in your lungs, it stays there forever.

Fact No.5: Symptoms Do Not Appear Until The Situation Is Dire

Unlike other diseases, the symptoms usually appear when the cancer is in stage 3. Mesothelioma usually has latency periods of 20 to 30 years. Because of the latency period, mesothelioma mortality rates will increase in the next two decades by 10%. So, doctors encourage people to consult mesothelioma experts as early as possible. Early diagnosis of asbestos is impossible, but modern diagnostic methods have made things better.

Fact No.6: The USA Does Not Have A Complete Ban On Asbestos

Asbestos has so many detrimental side effects making us think there may be a complete ban on the chemical in the USA. However, that is not the case. By the late 1970s, regulatory authorities started to limit asbestos exposure. Several Acts, such as the Clean Air Act of 1970 and the Toxic Substances Control Act of 1976, tried to restrict asbestos products. However, the chemical is legal for several applications, and many asbestos-containing products are still in use. Therefore, it is necessary to keep an eye open for any chance of asbestos exposure.

Fact No.7: Not Every Asbestos-Containing Product Is Harmful

Asbestos-related mesothelioma only occurs after exposure to the chemical. So, if you have a fully functional tool that contains asbestos, do not try to remove it. Keep a vigilant eye on the product, and try not to move it too much. If the equipment gets damaged, avoid removing it on your own. It is better to talk to the professionals instead.

Fact No. 8: Just Wearing A Mask Is Not Enough

While wearing a mask can protect people from harmful exposure, it is not enough to filter asbestos. Health experts suggest getting a half-face respirator with a purple HEPA filter. However, the mask should fit properly. Furthermore, those working in manufacturing should remember to change their work clothes to protect family members from asbestos.

Patients who do not qualify for surgery can also opt for chemotherapy and radiation therapy. Survivors of pleural mesothelioma also use herbal medicine to improve their quality of life. However, it is necessary to do so under the supervision of a medical professional.

Fact No.10: You Have The Legal Right To Receive Compensation For Occupational Hazard

Exposure to mesothelioma at the workplace is possible. Fortunately, plaintiffs can file a mesothelioma claim in their state within two years of getting a diagnosis. Asbestos litigation is one of the longest-running mass torts within the United States, dating to the late 1960s. According to a KCIC industry report, there were more than 4,000 mesothelioma claims within the United States in 2019. Patients have also received up to $250 million in trial verdicts.

The decades-long latency period of asbestos-related diseases makes it easy to forget that a patient was in contact with the chemical. Therefore, patients do not mention their history to their medical practitioners, which makes accurate diagnosis extremely challenging. You should immediately get in touch with a doctor if you or a loved one is above 40 and has fatigue and difficulty breathing. 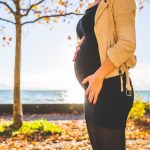 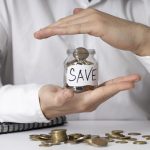 How To Save Money On The Cost Of Utilities At Home

How To Help Someone With Eating Problems