For avid gardeners and those who have never felt the itch of green fingers alike, common weeds can be a blight on your home’s appearance and the health of the plants that surround it.

The first step to being able to deal with the most common weeds is being able to identify them. Once you know what you are looking for, and you understand why they are an issue for the beautiful and sometimes valuable species around them, you can start to tackle them in the most efficient manner.

One of the prettier weeds, green alkanet is still a nuisance due to how quickly it spreads and regenerates from a very deep root. This weed – pentaglottis sempervirens – has pale green pointed leaves and dainty forget-me-not blue flowers. It flowers from April to June in damp shady areas, particularly those close to your home’s walls.

The best time to treat and remove green alkanet is through the summer. Dig the plant out deeply to remove all of the roots, as this is where they can spring back into life from. Mulch the area following removal.

Bindweed – calystegia sepium –– is known amongst gardeners as one of the most frustrating weeds for twining itself around plant stems and choking them. It has deep green leaves and white, trumpet-like flowers and thrives in borders, beds and lawns that aren’t looked after effectively.

Treated best around summer to autumn time (the weed is most prevalent from spring until Fall), bindweed is notoriously difficult to get rid of without using weedkiller. Its roots run deep, and it respawns from seeds in neighboring patches, meaning it can often take years to eradicate it using digging and hoeing alone. Glyphosate is a recommended weedkiller that you can apply to bindweed foliage, making sure to avoid spraying too heavily on surrounding plants.

This weed can weave its way into urban areas and built-up structures due to its underground stems, causing damage to walls, pavements, and foundations. With thick stems and a stubborn resistance to eradication, this weed should be treated by professionals. Especially for those looking to sell their house, finding quality Japanese knotweed control is essential as the pest is known to affect mortgage lending and upset councils.

Large green leaves – rounded at one end and pointed at the other – and tiny white flowers make enchanter’s nightshade slightly similar in appearance to a hosta, though much smaller. When allowed to spread, it can start to become unmanageable due to its underground roots and ability to form large colonies.

Enchanter’s nightshade loves growing in woodland areas or beds with plenty of leaf litter, so mulching the area helps with identification and then removal. The use of weedkiller is recommended from mid-summer to Fall, just before the foliage begins to die down. As these weeds aren’t overly problematic unless in large groups, it can be left through the summer while it flowers before removing to avoid unwanted spreading. 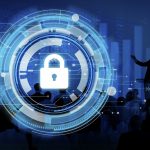 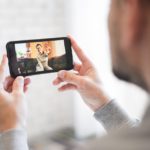 How To Celebrate Your Sister’s Anniversary In Lockdown?

Here Is Everything You Need To Know About Grow Boxes