Heating, Ventilation and Air Conditioning systems – more commonly known as HVAC systems – are integrated environmental control systems that are very popular with both home and business owners. Instead of being limited to the positive or negative influence of heat, HVAC systems are capable of controlling the entirety of an interior’s environment.

Although heating and cooling systems have been in use for thousands of years (think fireplaces and ventilation systems), comprehensive environmental controls were not really practical until the 20th century. English inventor – and future American constitutional father – Benjamin Franklin made inroads with environmental controls when he invented the self-contained Franklin stove in the 18th century, but this wasn’t paired with cooling devices until the 1900s. A great leap forward occurred in 1906 when the textile mill engineer Stuart Cramer coined the term ‘air conditioning’ to describe a device of his own invention. It was over 20 feet long and cost far more than the average family earned in a year. Cramer also invented the automatic regulator. This was a device that used sensors to automatically regulate the humidity and temperature within a cotton mill. Variations of the automatic regulator are used in modern HVAC systems, although they are typically known as thermostats in domestic use.

Heating and cooling split systems are the most common domestically-used HVAC types in the United States of America – frequently installed and maintained by a homeowner’s local HVAC company and frequently being fitted as standard in new-builds in hot states like California.

Heating and cooling split systems can be distinguished thanks to their separate heating and cooling units – both of which feed into universal ducts. The cooling part of this kind of HVAC system is typically located on the outside of the property and is box-like in shape. It uses refrigerant, coils and compressors to transfer the heat out of air passed through it – sending cool air into a home. Refrigerant is a liquid that is capable of absorbing and holding onto a large amount of heat from any air or gas passed over it or that comes into contact with it as it transforms from liquid to vapor. Early forms of refrigerant were incredibly toxic. Modern equivalents are far less dangerous – posing very little risk to human life.

The heating portion of a split HVAC system is usually contained within a home. In American homes, the basement is traditionally used to house heating components. The heating component either uses a furnace or an evaporator to generate heat. Air heated up during this process is distributed using a fan throughout the ducting system. As with all modern HVAC systems, heating and cooling is controlled by a thermostat. This can be done on an automated basis or by manual user input.

Hybrid systems are not too dissimilar to conventional split systems in their overall structure. They do, however, differentiate in the way that their power is sourced. Instead of relying entirely on electric or gas power, hybrid systems have the ability to change power source depending on the demand for energy that is being relayed to them via a thermostat. Hybrid systems usually cost a little more to set up in a home due to the need for more equipment. They are, however, far more energy efficient. They are primarily useful in homes that are situated in relatively mild environments. Heating and cooling a home with electric are far more efficient, although it usually takes more time. Heating and cooling using gas power is very quick but tends to be noisy and expensive. Hybrid systems allow homeowners to get the best of both worlds. Many newly built homes are being fitted with hybrid systems as part of developers’ limited commitment to environmental efficiency in the wake of the horrendous climate crisis.

Ductless mini split HVAC systems differ from the other systems that have been detailed here in that they are not central heating and air conditioning units. Instead, ductless HVAC systems are only capable of heating or cooling a single space within a home or business. Instead of feeding heated or cooled air into a series of ducts from a central location, these systems feed air directly into a room. Ductless HVAC systems are usually installed above doors. They allow each room to be heated and cooled individually, which can be very useful indeed. Unfortunately, it would be very expensive to fit every room in a building with its own individual ductless HVAC system.

These systems are perfect for new additions to a home such as a garage or loft extension where a central HVAC system may not reach using ducts. They are also useful for businesses in which each room needs to have its own controllable environment such as hotels. Hospitals also regularly use these systems in long-stay wards – allowing patients who are bedbound to control the environment around them in line with their preferences.

Packaged heating and air systems are less commonly used in the West but are extremely popular in more tropical environments where the temperature rarely drops to uncomfortable levels. Packaged heating and air systems contain both the heating and cooling elements of a HVAC system in one unit – making them perfect for small spaces. They feed into ducts like a conventional hybrid system, but from a single box often placed in a loft or under an awning on top of a roof. They are not particularly good at heating large spaces but tend to cool them relatively efficiently. Packaged HVAC systems contain many miniaturized parts, which can make them particularly tricky to maintain. As with all air conditioning systems, packaged heating and air units should only be maintained by a fully trained HVAC engineer. 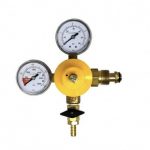 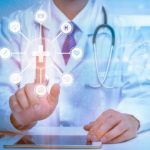 Furnace Tips For A Cozy Winter

How To Make Your Backyard A Summer Paradise