With the return of old favorites like Euphoria, The White Lotus, and Bridgerton and the introduction of buzzy new dramas like Severance and The Bear, this year’s schedule kept our eyes riveted to the screen. Due to this, 2022 has presented stiff competition in the TV sector.

The fundamental principles of an excellent television show are writing, editing, acting, and pacing. But what makes a television show great is adding the element of entertainment. This article will tell you about the top 5 television shows that have proven to be US streaming hits.

If you are deliberately searching for 2022 streaming trends in the US, you need not go anywhere else. Here are five fantastic television shows that have been ranked in the top positions in 2022.

If you are the kind of person who likes watching serious documentaries, Abbott Elementary is a perfect show for you. The protagonist of this show – Quinta Brunson (who won an Emmy recently) did more than create a successful network sitcom in the age of streaming. With “Abbott,” she made beloved characters, hilarious jokes, and specific settings.

Brunson plays Janine Teagues, a second-grade teacher in a Philadelphia elementary school who is idealistic and energetic. She is frequently confronted with the realities of low budgets and terrible bureaucrats, which can be both hilarious and harsh. This show truly deserves first place in this article as it is believed to be the top-ranking show in America right now.

If you love watching comedy-drama shows, watch The White Lotus as soon as possible. A few television shows are both a source of memes on the internet and full of allusions to classic movies. However, “Lotus” traveled to Sicily for its second wealth-skewing season set at a resort, using contradiction to its advantage.

Checking into “The White Lotus” on weekend nights will mean checking out of your life for an entire hour. However, “Lotus” never once attempted to be dramatic. This show certainly deserves to be seen by as many people as possible, as it was one of the best shows people loved streaming.

If you are a humorous person who likes to watch comedy-drama shows, Reservation Dogs is something for you. The perspective and tone of this stand-up comedy about teenagers living on a Native American reservation are genuinely original. This show’s actors and writers are so skilled that they can make it almost flawless.

Also, Rez Dogs’ friends Elora Danan, Bear, Willie Jack, and Cheese face the unpredictability of adolescence head-on in Season 2, capturing a universal experience with the uniqueness of their lives. Overall, it’s a must-watch television show that will give you goosebumps.

Are you getting bored? Do you want to entertain yourself with a humorous comedy-drama television series? Completing the entire “The Bear” season with your friends will lift your mood. “Bear,” starring Jeremy Allen White (“Shameless”) as Ayo Edebiri and chef as his talented mentee, exploded onto Hulu this summer with F-bombs and knives flying.

Being one of the 2022 streaming trends, the demonstration of the previous summer was undoubtedly not a shimmering science fiction epic or an Elite period piece. However, a half-hour shows about a striving Chicago sandwich shop and the professional cook attempting to fix it.

Do you love watching comedy shows but can’t find a perfect one? Well, Starstruck is an ideal show for you to start with. Rose Matafeo, a comedian from New Zealand, directs this delightful romantic comedy about 29-year-old Jessie (Matafeo), who starts dating a movie star (Nikesh Patel) while working dead-end jobs and flitting through life. Season 1 had a great story about meeting and falling in love, but Season 2 has a chapter that is even better about trying to keep love when you come from different worlds and have baggage from failed relationships.

As 2022 comes to a close, it has been another fantastic year for great television. Dragons have flown, rings have been created, rebels have risen, and Saul has made his ultimate decision. From Netflix’s financial woes to Warner Bros., television shows have had a bad year from a business perspective. 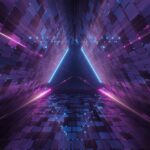