Propane gas is such a dynamic resource. That’s why it still holds value and is so sought after. From homes to industrial workplaces, propane gas is practically used almost everywhere.

In this case, it’s no surprise that propane suppliers are in high demand since propane gas can be used in various industries. However, as we propel ourselves further into energy innovation and its alternative forms, why should major industries use propane gas?

See how propane gas’ versatility stacks up in our modern, major industries!

Did you know that propane has been around since 1857? A French chemist named Marcelin Bethelot had first discovered it yet wasn’t the one to market it for commercial use. Building upon Bethelot, Walter O. Snelling of the U.S. Bureau of Mines with Frank P. Peterson, Chester Kerr, and Arthur Kerr managed to develop ways to liquefy LP gases when refining gasoline. As a result, they produced the propane gas as we know it with much success from the 1920s onward.

The discovery of propane gas led to it being mass produced with great success. Yet, folks needed to understand how to create and find propane gas for it to be distributed.

In which case, where does propane gas come from originally?

Interestingly enough, it all comes from finding rich supplies of shale. Shale is a finely grained rock made of compressed silt and clay with slim layers. It’s recognizable as a rather brittle stone and composed of small grains, different minerals, and even some organic particles.

When shale is extracted, propane gas can come from two sources: as a byproduct of natural gas processing and petroleum refining. During either one of these stages, propane gas becomes a gas at standard temperature and pressure that’s compressed to a transportable liquid. That’s why propane gas is found at BBQs because you can easily fire up a grill from anywhere with its help.

Tell-tale traits of propane gas are non-toxic, colourless, and surprisingly odourless in its base form. You can smell propane gas because it’s purposely added with an identifying odour, mainly to detect its smell for your safety.

When it comes to propane gas, you can see why it’s a popular resource because of its various uses. It’s no wonder we use it in our home to power up our space and water heating for tasks like cooking. For more industrial use, it’s been known for engine applications for forklifts, farm irrigation engines, fleet vehicles, and buses. Plus, as propane gas continually goes through new technological developments, its versatility expands, allowing new, various applications to grow rapidly.

Besides its myriad uses, what else is propane gas good for in major industries?

Here are a few reasons why major industries should opt for propane gas:

All industries require a safe work environment. For major industries, it’s imperative to uphold safety protocols and continually find ways to do so. Some industries use natural gas and electricity, but they can be unsafe since they’re highly flammable. However, in comparison, propane gas is a safer alternative to these other forms of fuel. The reason it’s a lot safer since it’s due to its natural characteristics, where propane gas won’t ignite when combined with air unless the source of air reaches at least 940 degrees Fahrenheit. Meanwhile, when you stack it up against gasoline, it can ignite at 430 to 500 degrees Fahrenheit.

Nowadays, many major industries need to strive for more environmental ways of conducting themselves. Some have already begun that process by going green with propane gas. Yet, how does propane gas help the environment? Well, propane gas is notably a clean-burning fuel source. Unlike burning fossil fuels, it promotes better air quality by producing significantly fewer greenhouse gases, less toxins, and carcinogens into the air. Plus, by going green, industries can improve their brand value in the eyes of the public.

Fuel can easily get expensive, especially when it’s needed in certain major industries. High energy bills can do quite a number on various sectors. However, propane gas is surprisingly energy efficient. Propane furnaces have a high energy rating of 90 percent or more than the 60 percent efficiency of oil-fuelled furnaces. In addition, water heaters fueled by propane save companies lots of money on monthly utility costs and, therefore, reduce expenses.

It’s no wonder propane gas is used in various ways and places. For major industries, propane gas makes not only an incredibly versatile means of fuel but one that comes with multiple benefits. 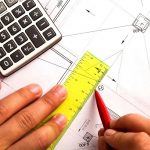 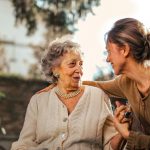 How To Plan Your Own Funeral

How To Provide Top-Tier Customer Service