Even after so many years, the volunteers on site, the rescue workers, and the people of New York are still feeling the effects of 9/11 both mentally and physically. While one cannot simply quantify the physical impact of the unfortunate event on people’s lives, the physical effects can still be absorbed. Volunteers, workers and the residents of New York have experienced what they term as the “WTC Cough”, multiple respiratory problems, unhealthy babies and PTSD over the years due to being exposed to the toxic fumes, dust and debris that stayed in the area for weeks after the disaster.

What Are Some Of The Possible Effects Of 9/11?

Multiple researches and studies are underway to assess the effect of exposure to toxicity in the aftermath of 9/11 to understand just how strong were the individuals in the vicinity impacted in the short and long run. The studies have yielded results that are truly shocking and include conclusions that approximately 80% of the rescue workers developed lung related health issues, 1 out of 5 people present on the scene report PTSD, and that babies born to mothers affected by the WTC disaster in any capacity are likely to experience problems growing in the womb.

What Should You Do If You Are Experiencing Problems?

If you were in the vicinity and have suffered from 9/11 on a physical or mental level, you should first of all seek medical help for your concerns. The United States government has launched a number of programs and funds under the Zadroga Act that you can benefit from, and rightly receive the compensation you deserve. In order to do so, you must speak to Experienced 9/11 Fund Lawyers to determine which type of compensation you are eligible for.

How Is The US Government Helping Survivors?

The United States government has launched an Act, and a number of programs and funds under it to help survivors of 9/11, and these include:

According to the Zadroga Act which was established to provide compensation and treatment for any victims of 9/11, individuals experiencing health problems can claim medical care and funding till the year 2090. This extension in the Act’s time was put into place to care for the survivor’s and worker’s entire lives.

Launched under the Zadroga Act, the World Trade Center Health Program of WTCHP was established in order to care for 9/11 victims. In order to be eligible for funding from the WTCHP, the individual has to firstly provide proof of their presence in the 9/11 exposure zone, and be diagnosed with an illness or disease recognized by the WTCHP.

The September 11th VCF is another program under the Zadroga Act which provides financial compensation for the harm a survivor may have experienced or compensate them for a family member’s death due to being in the vicinity on 9/11 or later on due to an illness or injury from the 9/11. 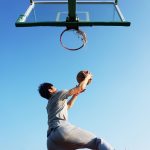 5 Benefits Of Playing Basketball From A Very Young Age 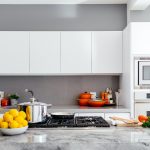 Meals On The Go: 9 Easy Recipes That Don’t Require A Lot Of Effort

6 Important Steps To Take After A Car Accident