Born on May 21, 1844, Henri Rousseau was a French Post-Impressionist painter known for his Naive and Primitive paintings. Henri Rousseau, whose full name was Henri Julien Félix Rousseau, became famous as “La Douanier,” a nickname the artist earned because of his job in the customs bureaucracy in Paris.

An admirer of some of the greatest artists of all time, like William-Adolphe Bouguereau and Jean-Leon Gerome, Henri was a self-taught artist and never attended a painting school. His amateurish technique provoked the derision of critics, but modern artists like Pablo Picasso didn’t mind. They saw anti-establishment spirit and childlike invention in these strangely beautiful paintings.

In today’s article, we will talk about Henri Rousseau’s techniques in his paintings. And also see and analyze some of the most famous paintings by the French Post-Impressionist artist.

World-famous painter Henri Rousseau loved painting jungle scenes, and most of his famous paintings featured lush jungle scenes. These paintings were not particularly inspired by firsthand experiences of such an environment but from the local zoos and botanical gardens in Paris. His paintings were richly colored and meticulously detailed, featuring wild beasts and exotic figures.

Looking at Rousseau’s paintings of jungles, viewers can see that he sometimes used a number of shades of the same color, for example, 20 varieties of green in 1910’s the Dream. While his foliage is derived from nature, it serves his artistic needs. But that’s not all; thanks to his richly colored drawings, the viewers instantly recognized Rousseau’s paintings.

Because of his naive and amateurish paintings, Rousseau never got his share of recognition while alive. However, artists like Picasso and Wassily Kandinsky admired Rousseau’s work because they opened newer possibilities in the art world. However, it was only in the later years of his career, and probably after his death, Henri Rousseau was appreciated for his works.

Painting in layers was one of the prominent features of Rousseau’s paintings, which were clearly visible in his works. For example, looking at Rousseau’s paintings, it appears as if he would begin by coloring the skies at the start and then gradually move on to other objects, such as trees, plants, and animals that are in the foreground.

For instance, Rousseau’s masterpieces like A Carnival Evening (1886). The painting is set on a cozy, dark night in the middle of the forest, with two human figures dressed in fancy carnival outfits.

The artist seems to have started the painting by coloring the skies and the clouds at the beginning. And, then he gradually moved to create the silhouettes for the trees and then focused on the human figures. With this particular painting, the French maestro made his long-awaited debut at the prestigious Salon des Indépendants. 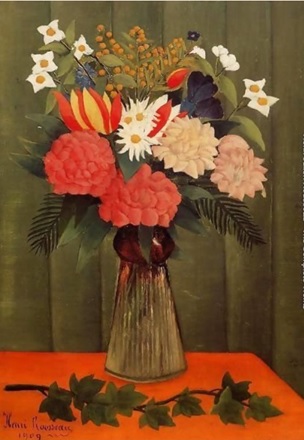 Bouquet Of Flowers With An Ivy Branch – Henri Julien Rousseau

The Use Of Student-Grade Painting

The artist was a self-taught painter of great originality who produced remarkable, imaginative, and powerfully decorative works. The subject matter is often inspired by fantasies and wild imaginings, appearing to be reminiscent of children’s drawings.

The other amateur part of Henri Rousseau’s painting was the color he used in his works. It is said that, due to lack of money, Henri Rousseau used student-grade colors rather than oil colors and paint, which were common in his time.

One of many reasons that critics called Henri a naive artist is the very use of student-grade colors. This is also why the colors in most of his paintings in many museums have started to crack down. But, what’s worth noting and applauding is that, despite being a self-taught artist and using a lower grade of color, Henri Rousseau was able to create such beautiful masterpieces that he is remembered till today. 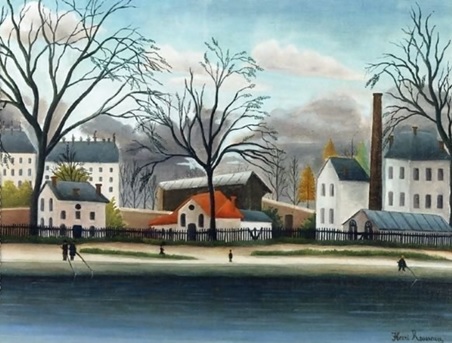 The Innovated Brushstrokes Inspired By Bouguereau

Rousseau’s brush strokes and techniques are also essential features of his artworks. It is worth noting that in some of his paintings, the artist uses thin and slanted brush strokes to capture an almost realistic-looking rainfall effect.

Like, in Tiger in a Tropical Storm (Surprised!), the picture required picturizing drops of rain falling from the sky. Henri Rousseau achieved this with thin light-gray stands of paint slanted across the canvas.

The lines are given a slightly glazed and varnish finish, which the artist was probably inspired by the satiny finish, which is often found in Bouguereau’s work. Last but not least, Rousseau spent countless hours finishing one particular painting, which is why he has very few paintings to his name.

To sum up, Henri Rousseau’s paintings blended the ideas he found in his native French culture with those from other countries and traditions. The bold use of color, tropical themes, and imagination are considered hallmarks of Rousseau’s works. Some of the most famous paintings by Henri Rousseau are The Gypsy (1897), The Equatorial jungle (1909), The Dream (1901), and Self Portrait (1890), among others. 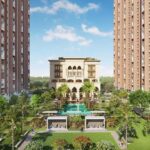 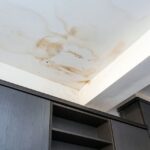 How Big Of A Deal Is A Small Leaky Roof?